REDTEA NEWS
Professional Sports, COVIDiots, and Victim Blaming
Was Fauci Fibbing About His Financials?
Political Commissars Are Here And Are Starting Their...
Mormons Pointing to Higher Actual Inflation
Top Scientists Feared COVID Came From Lab All...
Quebec to Start Fining the Unvaccinated
McCarthy Threatens to Strip Democrats of Seats If...
Supreme Court Shows Its Schizophrenia
Beset by Crime Wave, LA Residents Flock to...
The Case of Jan. 6 Gets Curiouser and...
Home America Now Attorney General Jeff Sessions Resigns at President Trump’s Request: Who Will Replace Him?
America NowBreaking News

Attorney General Jeff Sessions Resigns at President Trump’s Request: Who Will Replace Him? 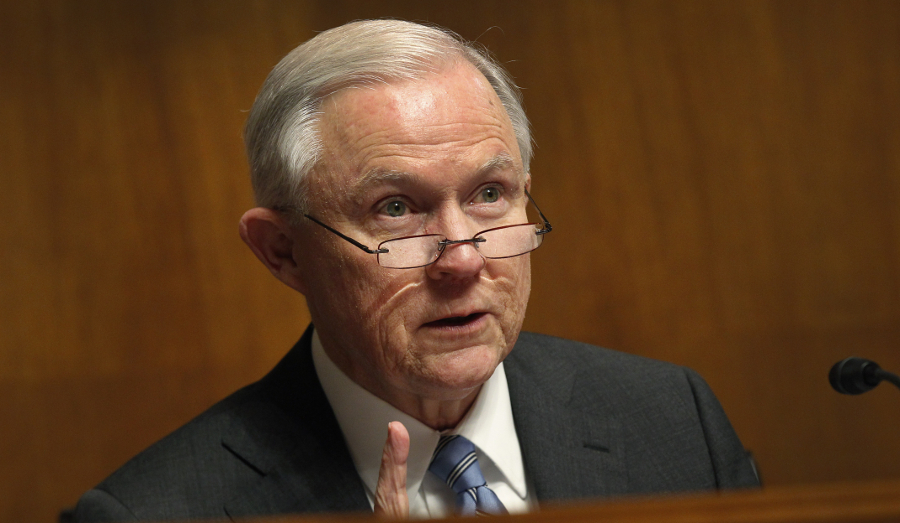 In a shockingly quick turn of events, Attorney General Jeff Sessions stepped down at President Trump’s request. It had been rumored that major staff changes were going to be coming to the administration during Trump’s second term, even including Cabinet Secretaries leaving, and now that Democrats have taken over the House of Representatives those changes are apparently being accelerated.

Sessions’ removal was long overdue, as he almost immediately recused himself from the Mueller probe once he took office. Having an Attorney General who couldn’t exercise any oversight over the probe and didn’t keep tabs at all on the investigation was a major drawback for President Trump. Many conservatives had expressed dissatisfaction with Sessions too for his inability to crack down on what was clear malfeasance on the part of DOJ and FBI employees during the 2016 Presidential campaign. The drama surrounding the campaign continues to drag on, distracting from more important issues.

Sessions will be immediately replaced by his chief of staff, Matthew G. Whitaker, who will become the Acting Attorney General. It is unclear at this point whether Trump intends to nominate Whitaker for the permanent position or not. Whitaker only joined the Justice Department in September 2017 as Sessions’ chief of staff. His only prior government service is as the United States Attorney for the Southern District of Iowa, where he served from 2004 to 2009.

What Whitaker may lack in political experience he apparently makes up for in his support for Trump. He is reported to be a Trump loyalist, which is what Trump needs in all of his major advisers, particularly one as important as the Attorney General. And Whitaker’s lack of political experience may mean that he isn’t beholden to the Washington, DC establishment as so many other potential candidates most certainly are. If he has the strength to stand up to the immense amount of pressure that will be placed upon him and to clean up the swampy morass at DOJ, he may very well end up being one of Trump’s better personnel selections.

How Fine Is the Line Between Prepping and Hoarding?