REDTEA NEWS
Democrats Don’t Care How Much You Suffer
The Real Purpose of the Second Amendment
Why Gasoline Prices May Never Come Down
Are We in Civil War Already?
The Narrative Is So Transparent It’s Laughable
Another Pro-Life Pregnancy Center Firebombed
Attempt on Kavanaugh’s Life Shows the Danger the...
Inflation Causing Americans to Change Spending Habits
American Gun Owners Are the Last Line of...
Democrats Still Don’t Understand Guns or Gun Owners
Home America Now Big Brother Is Coming Soon to an Airport Near You
America NowBreaking News 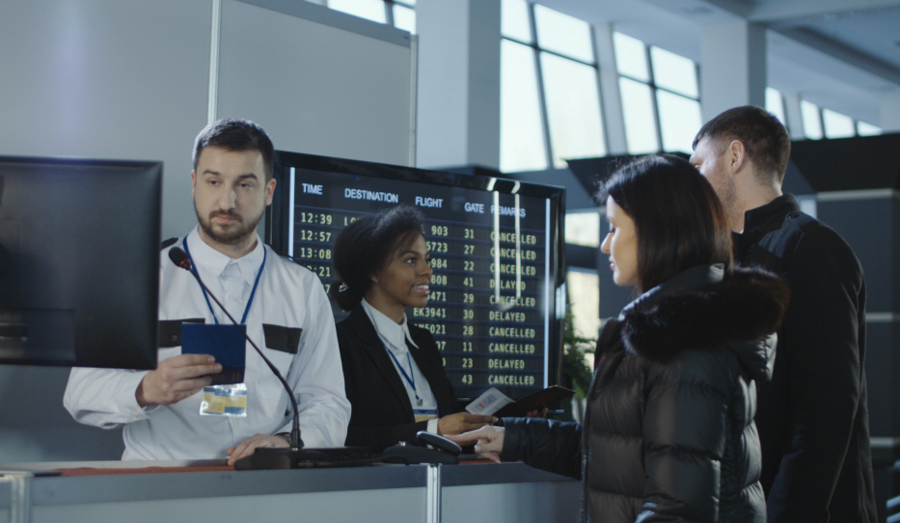 There are still many Americans alive today who remember the “good old days” of air travel. Seats were comfortable, the food was decent and free, and stewardesses were polite and pleasant. All of that has changed over the past few decades as airplanes have become the buses of the sky. And now the frustration of traveling by plane begins when passing through security, where you have to wait in long lines, remove half your clothing, and risk being groped by TSA agents just for the privilege of getting to cram yourself into a sardine can of a seat. If you think things are bad now, brace yourself because they’re getting worse.

TSA has just released a roadmap of its plan to rely even more on biometric and facial recognition technology in the future. That makes the furor over REAL ID almost passé. Pretty soon, if you don’t consent to the government storing your photographs, fingerprints, or other information it deems necessary to verifying your identity, you can forget about ever boarding a plane again.

This is what privacy advocates, civil liberties proponents, and small government conservatives warned about when TSA was first formed in the aftermath of 9/11. Giving the government total control over the airport security process made mission creep and governmental overreach an inevitability. Government agencies will always clamor for more power and more money. There’s nothing they won’t claim they need in order to fulfill their mission. In this case, TSA will cry “safety and security” and most people will roll over and give them what they want.

The right to travel has been slowly and gradually done away with over the years. Americans have become all too willing to give up their rights and accept violation of their privacy, believing that it will keep them safe. The Big Brother system of massive surveillance is being built right underneath our noses and most Americans are neither batting eye nor lifting a finger to stop it.