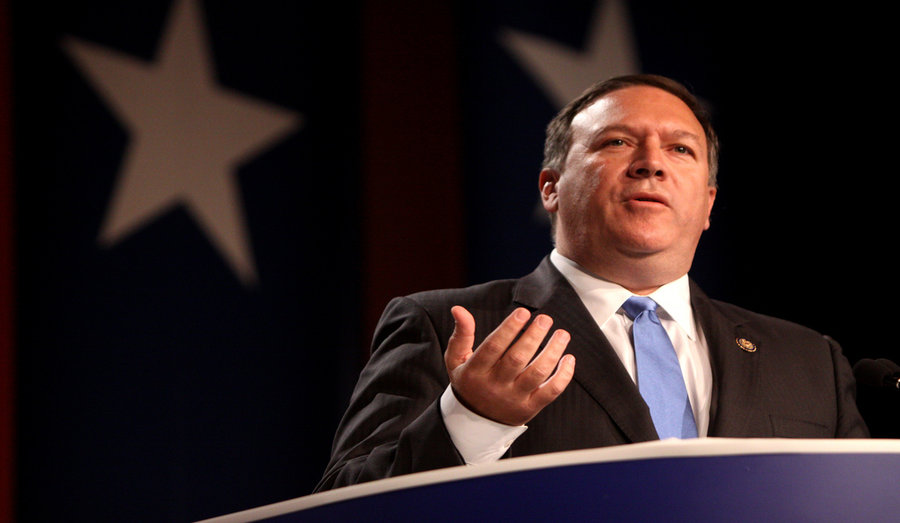 In a surprising revelation, the Washington Post recently reported that CIA Director and Secretary of State nominee Mike Pompeo met with North Korean dictator Kim Jong Un over the Easter weekend. The visit is assumed to be an initial attempt to lay the groundwork for further negotiations with North Korea and a possible meeting between President Trump and Kim Jong Un.

It is interesting that news of this meeting comes out the week after Pompeo had his nomination hearing for the position of Secretary of State. During his nomination hearing, Pompeo stated that he was not an advocate of regime change in North Korea and never had been an advocate of regime change there. Had the Senate known last week that Pompeo had this meeting, one can imagine that the line of questioning he faced may have been more direct and pointed with regard to North Korea. Disclosure of this meeting could also slow down his nomination for Secretary of State, as many Senators will undoubtedly want to ask Pompeo some more questions about North Korea before greenlighting his nomination.

While Pompeo has a generally hawkish reputation, his stance on North Korea is a breath of fresh air. While many in Washington have been continually rattling the sabers towards North Korea, the reality is that no one would win in a hot war fought on the Korean peninsula. Aside from the potential danger of a nuclear war, a conventional war would result in tens of thousands of potential casualties.

Besides, after decades of sanctions and economic stagnation, North Koreans are reportedly becoming more and more disillusioned with their government. Years of food shortages, increasing disease, and inroads made by the internet are all combining to deteriorate trust in the regime. It is only a matter of time before the North Korean regime collapses, so there is no need to poke that bear. It will be interesting to see whether a meeting between President Trump and Kim Jong Un will bear fruit where others have failed, but if so, it would be a major feather in President Trump’s cap.