One of the most astounding things about last week’s takeover of the Capitol building is the rhetoric coming from Democrats about it. Listening to those drama queens talk, you would think that Genghis Khan and his hordes had come to Washington, and that Congressmen came within a hair’s breadth of being flayed alive by the bloodthirsty mob. But to those of us who live in reality, we know better. Once inside the Capitol, the group largely acted like any other group of tourists lost in the maze of tunnels and stairways, taking in the sights and eventually leaving peacefully.

Not content to chalk it up as a lesson learned about getting better security, Congress is intent on punishing the people who dared to enter into the People’s House without going through metal detectors first. No, Democrats in Congress have to pretend that our country was at risk of being overthrown, playing up the protesters as insurrectionists, seditionists, and coup plotters.

You may even have read about how this is the first time the Capitol has been breached since the British took it in the War of 1812. But that’s a lie. Many people remember the 1998 Capitol shooting, in which a crazed gunman killed two and injured three. Very few probably remember the 1983 US Senate bombing, which didn’t kill anyone but in which further action was threatened. One of the terrorists behind that attack was pardoned by President Bill Clinton in 2001, at the insistence of one Jerry Nadler, now the Chairman of the House Judiciary Committee that is seeking to impeach President Trump for “inciting” the Capitol takeover.

And of course there was the 1954 shooting by Puerto Rican nationalists, who fired from the visitors’ gallery while the House was in session. Bullet holes from the shooting are still in the ceiling of the House chambers. Against that backdrop of historical events, how can what happened last week even be compared?

It’s almost as though Democrats have forgotten about their occupation of the Wisconsin State Capitol Building in 2011, in which protesters forced their way into the building and occupied it. Did you hear Nancy Pelosi, or any other Democrat, calling those people domestic terrorists? No, of course not, because they’re hypocrites.

And don’t even get started on Democrats’ defense of the BLM and Antifa protests last year, in which rioters torched businesses, looted stores, destroyed cars, and harassed restaurant-goers. Did you see any of that at the Capitol last week? No, not at all. The violence last week was instigated by police hitting, punching, and gassing protesters exercising their First Amendment right to petition the government for a redress of grievances. Yet Democrats welcomed last year’s riots with open arms. It was only when their own house got targeted that they suddenly came to Jesus.

Now they’re reacting as any tyrant would, coming down with a strong fist to crush their opposition. And it isn’t just those who entered the Capitol who are at risk. Anyone who was at the rally is in danger of being “canceled.” Websites that host conservative opinion, or that discuss guns, will be dropped by their service providers. And if all this is happening before Joe Biden is even inaugurated, just imagine how bad things will get once he actually takes office. 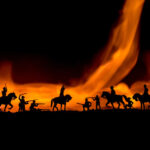 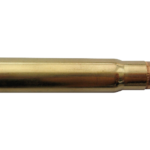