REDTEA NEWS
Will Monkeypox Be the Next Big Health Scare?
Are Democrats Going to Push Price Controls?
NIH Royalty Payments Bring Up Conflict of Interest...
The COVID Narrative Is Changing Before Our Very...
Dishonesty Is the Left’s Stock-In-Trade
FBI Whistleblowers Coming Out of the Woodwork
Are You in a Government Database? Probably So
Leftist Tolerance on Display in Wake of Roe...
China Demands Censorship of US Landmarks in Movies
Biden Administration Clueless About Border Fiasco
Home America Now The Democrats’ Hypocrisy on Syria (And War in General)
America NowBreaking News 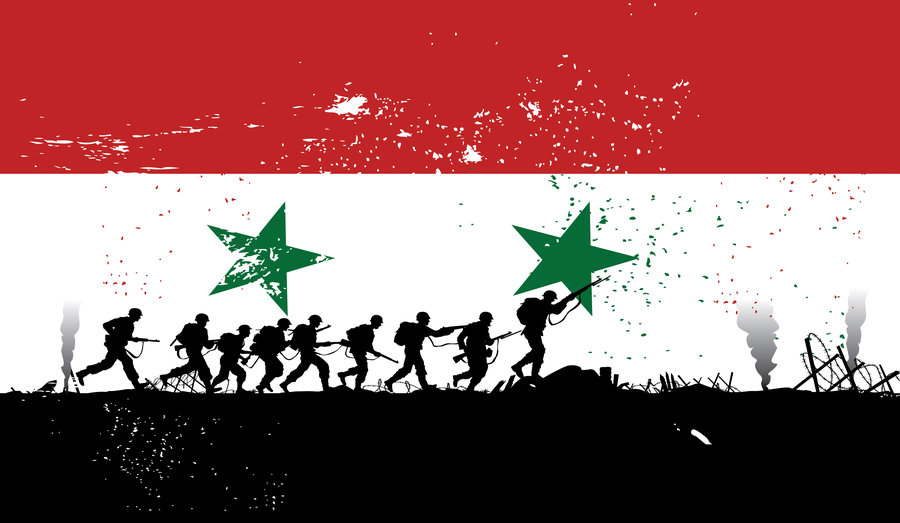 To hear Democrats tell it, President Trump is a dangerous warmonger who is about to go unhinged and get the United States involved in a serious military conflict that could have been avoidable under a Democratic President. Never mind that these same Democrats are the ones harping on and on about how Russia stole the election from Hillary Clinton, and are pushing for further sanctions on Russia. They’re the ones who helped overthrow the Ukrainian government and tried to get the US more heavily involved in the ongoing civil war there. And it was their beloved President Obama who first got the United States involved militarily in Syria, which could any day flare up into an all-out world war.

The irony, of course, is that President Obama won his first term because he positioned himself as the peace candidate. A nation that had tired of what was a very clear failure in Iraq wanted a President who wouldn’t involve the country in so many overseas occupations. Yet one of the first things President Obama did was increase the number of US drone strikes in Pakistan and announce a surge of new troops in Afghanistan. Yet even after that, the Norwegian Nobel Committee decided to award Obama the Nobel Peace Prize.

Obama went on, of course, to get the US involved in toppling Libyan dictator Muammar Gaddafi (at Hillary Clinton’s insistence), and sent troops to Iraq and Syria to fight against ISIS. Now the US military finds itself overextended, fighting multiple conflicts in multiple countries, with no clear end goal. That is the legacy that Obama handed over to his successor, and the mess that President Trump now has to try to clean up.

The anti-Trump establishment is simultaneously fearful that Trump will pull out of the Middle East completely, castigating him as a quasi-isolationist, while also fearing that he will involve the US in a cataclysmic military conflict. They’ll chide him for abandoning America’s leadership role in foreign policy for wanting to pull out of Syria, while at the same time decrying him as a madman who will tweet his way into a nuclear war.

Never mind that it was that same establishment that pushed to get the United States armpit-deep in the Middle East in the first place and that has advocated US intervention in the Middle East for decades. They don’t want to take the blame for the mess they created, so they’ll try to pin responsibility on President Trump.

So now, after eight years of cheerleading for every military conflict President Obama got involved in, the anti-war faction of the Democratic Party has suddenly rediscovered the voice it had during the Bush administration. Of course, it’s not that they actually oppose war, it’s just that they oppose wars led by Republican administrations. Were Hillary Clinton the President, you can guarantee that the calls for military action against Russia, Iran, and North Korea would be stronger than ever right now.

Perhaps that kind of hypocrisy is to be expected in an increasingly partisan America, decrying the other party’s President for engaging in the same policies that your President was undertaking just months prior. But no matter how common that hypocrisy is, it should be called out at every opportunity.