REDTEA NEWS
Tank Gift to Ukraine Exposes the Sad Reality...
The Government Thinks We’re the Terrorists Now
FBI Admits It Uses CIA and NSA to...
The Medical Industry Continues to Fail Patients
Democrats Are About to Learn That Turnabout Is...
If You Like Your Gas Stove, You Can...
McCarthy’s Woes Are Payback a Long Time Coming
The Genocidal Tendencies of Climate Change Crazies
The Response to the Twitter Files Is Telling
Are San Francisco’s Killer Robots the Wave of...
Home America Now Paul Ryan Not Running for Re-Election
America NowBreaking News 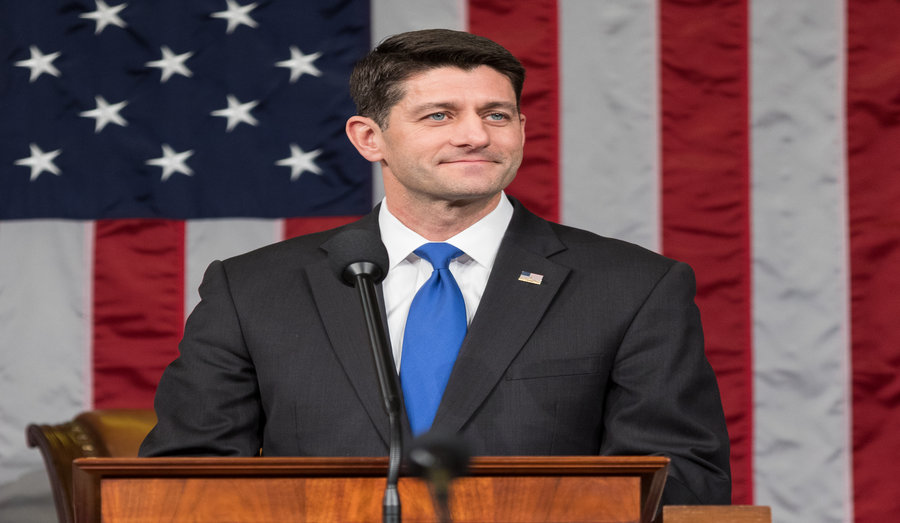 US House Speaker Paul Ryan has just announced that he will not be running for re-election in November. That shocking revelation doesn’t just mean that his Congressional seat will be up for grabs, it will mean that the position of Speaker of the House will be up for grabs too, at least assuming that Republicans are able to maintain control of the House after the midterm elections.

Ryan is just the latest in a long line of Republicans to announce either that they would resign or not stand for re-election. A total of 37 House Republicans will not be running for re-election this fall. 25 of those are retiring, while the rest are planning to run for the Senate or in their state gubernatorial elections. They follow 11 other Congressmen who either resigned or joined the Trump administration.

The list of those not running for re-election includes chairmen of powerful House committees, and now with the Speaker resigning it almost guarantees a cutthroat competition to fill those empty slots. Of course, all of that may be moot if Democrats regain control of the House next January.

While Speaker Ryan claimed that he wanted to spend more time with his family, perhaps he saw the writing on the wall and decided not to run for re-election rather than risk the embarrassment of the Speaker of the House losing his re-election campaign. While many Congressional districts are normally safe for Republican incumbents, the widespread unhappiness with President Trump has energized Democrats, who are motivated to take back Congress and stymie the President.

Combine that with widespread voter apathy towards Congressional Republicans, who aside from their tax reform bill have really done nothing to advance a conservative agenda even with a Republican President, and the 2018 midterm elections could be the making of a new Democratic majority. That’s bad news for conservatives, as everyone knows that extreme gun control and further government takeover of the healthcare system are among the Democrats’ highest priorities.