REDTEA NEWS
New York Doesn’t Want Good Guys to Stop...
Top FBI Agent Forced Out After Allegations of...
Who Is the Real Threat to Democracy?
A Dozen Federal Agencies Behind the Online Censorship...
Government Is Behind Much of the Social Media...
Hunter Biden’s Laptop Repairman Alleges FBI Tried to...
Can You Trust the FBI Not to Steal...
Is General Milley Guilty of Insubordination?
Raid on Trump’s Home Highlights the Dangers of...
Why Is the Military Facing Recruitment Problems?
Home America Now Sanders’ Supporters Seek Satisfaction in Court
America NowBreaking News 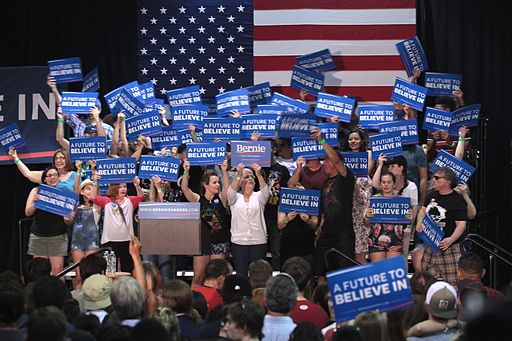 For months Bernie Sanders' donors have been saying the Democratic primaries were rigged. Others claimed sour grapes. The truth may be about to come out.

Millions of Sanders' donors are seeking a legal remedy facing the Democratic machine.

"Signed agreements are arriving and we still get new applications every minute," he said.

Everyone who gave to the DNC after Sanders began the contest, either directly or indirectly, is qualified to enter the lawsuit.

"We believe the DNC has continued out of control and ignoring their obligations and commitments to the citizens," lawyer Elizabeth Beck told the USAToday.

If the name, “Elizabeth Beck” sounds vaguely familiar, it should. She's the woman whom Donald Trump called “disgusting” during a 2011 hearing when she asked for a break to pump breast milk for her her three-year old daughter.

Approximately two million people donated to the Sanders campaign with the average donation being $27. At last count, Sanders collected over $220 million in contributions.

"A class action serves in civil actions differently than what most suspect. Not everyone who's designated or is a part of the suit must be a class plaintiff," Beck said. "We'll be soliciting relief for everyone who comes into the class nationwide."

With the medium gift being $27, that's a lot of people.

The foundation for the suit rests on DNC internal memos, emails and other communication released by hacker Guccifer 2.0. Among the details, the leaks contained emails revealing the DNC had been operating behind the scenes to pump Clinton's profile as early as May 26, 2015,  almost a month after Sanders joined the contest for the nomination.

New leaks released this week indicated the DNC spent time and resources examining Clinton's vulnerabilities as a candidate and even outlined speaking points for the campaign to use as a narrative to journalists.

Beck went on to say that fraud litigation is warranted due to actions by DNC chairperson, Deborah Wasserman-Schulz, who worked as co-chair of Clinton's campaign in 2008. Wasserman Shultz steadily claimed neutrality throughout the primaries — despite multiple accusations from Sanders' campaign that she had her thumb on the scales in Clinton's favor.

"The DNC needs to do what it says in its code, be even-handed and impartial in acknowledgment of the competitors vying for the nomination," Beck said.

Sanders' supporters are using words like "angry," "cheated" and "robbed," according to Elizabeth Beck.

"I recall someone writing, ‘I donated $35, but if I had known what I know now, I would have done it differently. That $35 represented a trip to the grocery store for me,'" she said.

Not the First Lawsuit

The lawsuit filed against the DNC was not the first during this election cycle.

In March, Sanders filed paperwork to continue a lawsuit against the DNC over an incident that had happened previously; the DNC briefly suspended Sanders' access to voter information after one of Sanders' staffers entered Clinton's voter data.

At the time, Sanders' campaign admitted that a staffer had improperly looked at Clinton's data, but maintained it was the DNC's responsibility as a DNC software vendor allowed a glitch in the system which made Clinton's data accessible.

"We did not get any benefit," said Sanders' previous national data director, Jost Uretsky, who was dismissed over the incident.

A month later, the Sanders' campaign dropped its lawsuit following an independent investigation into the DNC handling of party voter information.

The Sanders team claimed the investigation vindicated them and showed no evidence they improperly accessed the Clinton data. 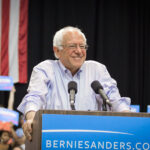 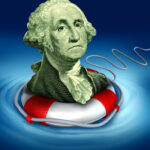