REDTEA NEWS
The Real Purpose of the Second Amendment
Why Gasoline Prices May Never Come Down
Are We in Civil War Already?
The Narrative Is So Transparent It’s Laughable
Another Pro-Life Pregnancy Center Firebombed
Attempt on Kavanaugh’s Life Shows the Danger the...
Inflation Causing Americans to Change Spending Habits
American Gun Owners Are the Last Line of...
Democrats Still Don’t Understand Guns or Gun Owners
Ask the Wrong Questions And You’ll Get the...
Home America Now The Tea Party Needed to Die
America Now 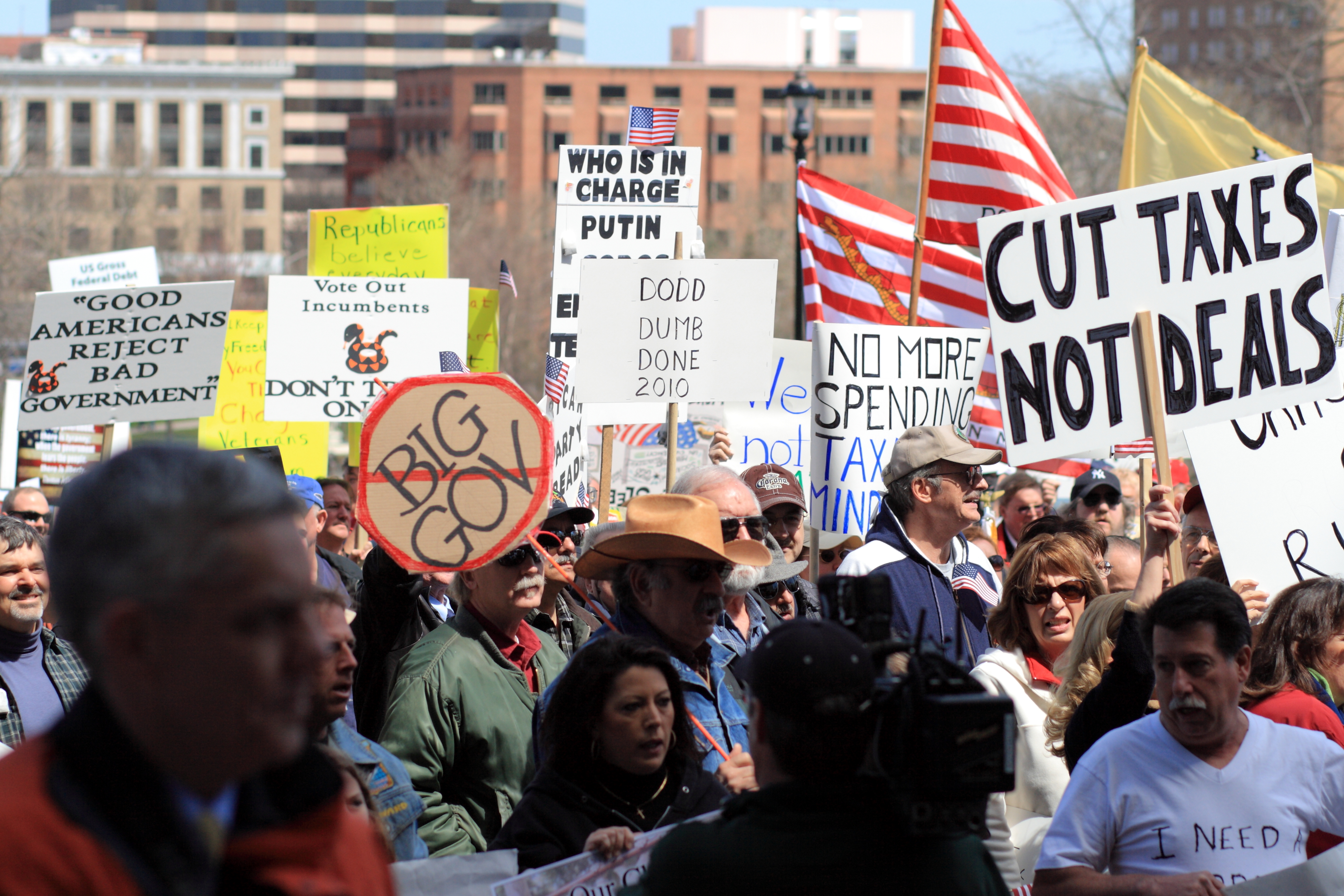 I was in my early teens, and for me politics was no different than a football game in that you have two teams, you play to win, then everyone goes home. In 2010 my parents took me to what is considered by many to be the largest rally at the National Mall since MLK’s rally almost sixty years ago. I was swept into the fervor, the understanding that something terrible had inherently struck our country. Glenn Beck’s “Rally to Restore Honor” for many people was the call-to-arms moment that brought them into the Tea Party movement.

The Tea Party served a purpose, it gave us many state and local conservatives and libertarians throughout the country to serve in office who wouldn’t have had a chance before. The Tea Party movement gave us Senators Rand Paul, Ted Cruz, Mike Lee, and many other freedom advocates in the House. Much like one glorious, perfect firework, once it goes off and the spectacle begins to dim, nothing else will ever be quite like it. Others will come up and offer more colorful, larger fireworks, and everyone will begin to fight and argue whose firework is the best but we all know that nothing will ever be like that one marvel we once saw light up the sky.

I’m getting rather tired of seeing articles talking about the Tea Party dying over and over again. It’s like the horror character Jason who just keeps rising from the dead over and over again. Pundits and commentators have been saying the Tea Party died going back all the way to 2012 after Obama’s defeat of Mitt Romney. Every year the Tea Party would come back and die again, and again, and again, but in my honest opinion, it should have died after 2010, because after that it became unrecognizable.

The Tea Party movement was a beautiful thing and a testament to the American spirit and cause of liberty. The Tea Party didn’t kill itself, it was raped, murdered, and set on fire by forces outside its control. Former Tea Party figure Matt Kibbe blames partisan politics, saying “The Tea Party was never the product of some top-down design, and it wasn’t owned or controlled by anyone. It was organic and leaderless. That’s why it was so powerful, fueled by new social technologies that allowed citizens to self organize outside of traditional political parties...The Tea Party also wasn’t partisan...”. That’s why the moment politicians such as Sarah Palin and others tried to tie the Tea Party banner to Republicans with shifty records, the whole movement became a free-for-all for GOP activists. Suddenly everyone forgot Kibbe’s most important saying, that “sometimes you have to beat the Republicans before you can beat the Democrats.”

Secondly, the media succeeded in telling the Tea Party’s story instead of the Tea Party telling it themselves. Though technology and social media is immensely better now compared to when the movement was at its high point, no one properly fused what was at their disposal together to try and reach American viewers in a professional and engaging way. Rick Moran from PJ Media states accurately that the Tea Party movement got regular people to start learning about economics, federalism, and the Constitution again, but the media never looked at the positives of the movement. Instead, “this side of the Tea Parties was never widely reported on by the media, for very good reasons. The left hates getting into a discussion about what the Constitution says because they can’t defend most of their ideas. Despite the fact that the founders wrote the Constitution so that basically anyone who could read could understand it, the left keeps insisting the Constitution says things that it doesn’t.”

Third, the opportunists who started false super PACS in order to get rich quick off of conservative passions destroyed the faith and credibility within the community. Supposed Tea Party leaders who are full-time activists have six-figure salaries, and put only a fraction of what is earned in donations towards actual projects or efforts.

Lastly, what is seen as the Tea Party today is essentially a Rorschach no one can identify. The early Tea Party movement that began under the Ron Paul campaign argued for fiscal responsibility, and now the Republican Party is passing back-breaking deficits and infrastructure spending projects like it’s going out of style. The Tea Party used to be about federal accountability, but has forgotten about federal government tyranny and seems to obsess over the threat of illegal immigrants and Islam almost fanatically. John Podhorez at the New York Post made the best remark as of late, the Tea Party is now the “Covfefe Party”, and no one knows what the heck it stands for anymore.

What we see today though are student groups such as Turning Point USA, Young Americans for Liberty, and Students For Liberty leading the fight for individual expression and freedom of opportunity. Smaller and more localized groups are taking on government in their own neighborhoods, and the House Freedom Caucus isn’t afraid to stand against even a Republican President. The Tea Party served its purpose, it died when it took back the House in 2010 during the Obama years when critics said it couldn’t be done, but the idea of the Tea Party lives on in the hearts of free men and women with a passion for liberty.