REDTEA NEWS
FBI Whistleblowers Coming Out of the Woodwork
Are You in a Government Database? Probably So
Leftist Tolerance on Display in Wake of Roe...
China Demands Censorship of US Landmarks in Movies
Biden Administration Clueless About Border Fiasco
The Left’s Meltdown Over Roe v. Wade
The Left’s Censorship Campaign Is Backfiring
US Government Creating Its Own Ministry of Truth
Mainstream Media Has Dropped Any Pretense of Objectivity
Was Wuhan Lab Allowed to Destroy Secret Files?
Home America Now Tillerson Out at State; Shakeup at CIA
America NowBreaking News 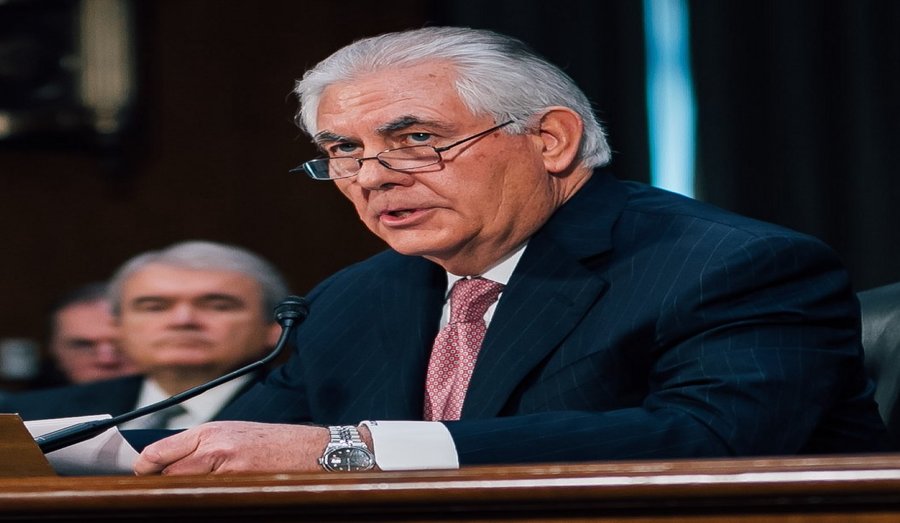 In a move that was not completely unexpected yet surprising in its suddenness, President Trump has replaced Rex Tillerson as Secretary of State. Tillerson’s departure was not unanticipated, as it was believed that he would eventually leave the post due to his months-long differences of opinion with the President. What was surprising about the announcement was that Trump announced the departure on Twitter, even going so far as to name Tillerson’s successor, without apparently having informed Tillerson beforehand. That’s not exactly a move that will enhance the morale of any other appointees who may feel that they are also on the hot seat.

Tillerson had long been expected to leave the State Department due to his differences of opinion with the President. There was widespread speculation that he would make it to the one-year mark and then resign, so his continued stay at State was always doubtful. Also fired was State Department Under Secretary for Public Diplomacy and Public Affairs Steve Goldstein, who contradicted the White House’s assertion that the President had spoken with Tillerson about his removal. Tillerson’s replacement is Mike Pompeo, the current CIA Director and former Kansas Congressman.

Pompeo’s selection as CIA Director had been a curious one, as his only qualification for the job seemed to have been that he served on the House Intelligence Committee. Even more curious is his move to the State Department, as he doesn’t bring any of the background or credentials that most Secretaries of State normally hold. Tillerson had already come under fire from career Foreign Service personnel for disregarding the input of experienced diplomats and running the department with his own close circle of advisors. Pompeo will likely continue that practice, and likely won the position due to the perception that he is a strong ally of President Trump.

Nominated to replace Pompeo as Director of the CIA is Gina Haspel, the current Deputy Director. She is a career intelligence officer who would bring to the position a checkered past, having been involved not only in the torture of suspected Al Qaeda militants at “black” CIA sites in Southeast Asia, but having also actively sought to cover up those illegal activities.

That’s concerning to those who remember the dark days of the Obama administration, whose intelligence officials such as CIA Director John Brennan and Director of National Intelligence James Clapper openly and brazenly lied under oath. Not only did they escape punishment, but they also remain in the public spotlight, more than happy to delight Democrats by criticizing President Trump. If Haspel is cut from the same cloth, and as a career clandestine intelligence officer there is no reason to doubt that she is, then Trump can expect to get from CIA only the things that the intelligence community wants him to see.

5 Aspects of Prepping That Shouldn’t Be Overlooked