REDTEA NEWS
DOD Orders Review of Social Media Psyops
Catholic Pro-Life Speaker the Latest Victim of DOJ...
New York Doesn’t Want Good Guys to Stop...
Top FBI Agent Forced Out After Allegations of...
Who Is the Real Threat to Democracy?
A Dozen Federal Agencies Behind the Online Censorship...
Government Is Behind Much of the Social Media...
Hunter Biden’s Laptop Repairman Alleges FBI Tried to...
Can You Trust the FBI Not to Steal...
Is General Milley Guilty of Insubordination?
Home America Now Trade War With China Continues to Escalate
America NowBreaking News 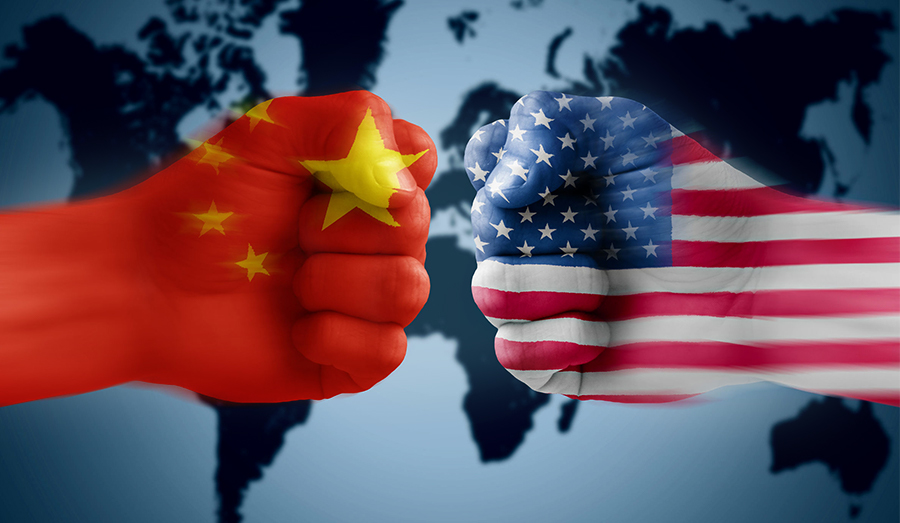 In what will end up resulting in a rise in prices across the board for American consumers, President Trump this week placed additional tariffs on $200 billion worth of imports from China. While the previous round of tariffs had targeted mostly industrial imports, this latest round of tariffs will begin to affect consumer goods, meaning American consumers will end up having to pay more for their imported goods. And while the tariff rate is slated to start at 10%, it will automatically ratchet up to 25% at the beginning of next year.

Trump threatened to extend the tariffs even further, targeting another $267 billion in Chinese imports if China retaliated against the latest tariff move. Not surprisingly, the Chinese did retaliate, placing tariffs on another $60 billion in US exports to China. Roughly 95% of all US exports to China are now subject to tariffs. The Chinese have also now broken off trade negotiations with the US, seeing Trump’s move to enact new tariffs as undermining good faith efforts to negotiate.

If Trump follows through on his threat to enact even more new tariffs it would lead to an even further hardening of the US-China trade relationship, driving up costs for US consumers and setting back relations by years. Alibaba founder Jack Ma has warned that once in place, tariffs could remain for 20 years as future administrations will find it difficult to walk back the tariffs and return to normal trade relations.

That’s bad news for American consumers, particularly those at the lower end of the socioeconomic spectrum who rely heavily on Chinese-made goods. And for American companies who do business in China it’s not good news either.

Apple has famously received an exemption from the Trump administration to keep tariffs from being placed on the iPhones it produces in China and imports back into the United States, but that doesn’t mean the company is out of the woods yet. Because of that favoritism from the US, the Chinese government may very well try to retaliate against Apple and make its continued presence in China much more difficult. Expect to see the company’s factories targeted for violations of environmental regulations and labor laws, and don’t be surprised to see Apple’s exports targeted for slowdowns or even export bans by customs officials.

All in all no one wins from this trade war and everyone loses. History has shown that escalation of tariffs results in a slowdown in trade that makes everyone worse off. And common sense would indicate that trying to force the Chinese government to negotiate in the manner the Trump administration is acting is bound to backfire. We can only hope that cooler heads will prevail on both sides of the Pacific so as to avoid making this trade war any worse than it already is.