REDTEA NEWS
Tank Gift to Ukraine Exposes the Sad Reality...
The Government Thinks We’re the Terrorists Now
FBI Admits It Uses CIA and NSA to...
The Medical Industry Continues to Fail Patients
Democrats Are About to Learn That Turnabout Is...
If You Like Your Gas Stove, You Can...
McCarthy’s Woes Are Payback a Long Time Coming
The Genocidal Tendencies of Climate Change Crazies
The Response to the Twitter Files Is Telling
Are San Francisco’s Killer Robots the Wave of...
Home America Now Is the Trump Administration Really Looking at Extraditing Erdogan Critic Gülen?
America NowBreaking News 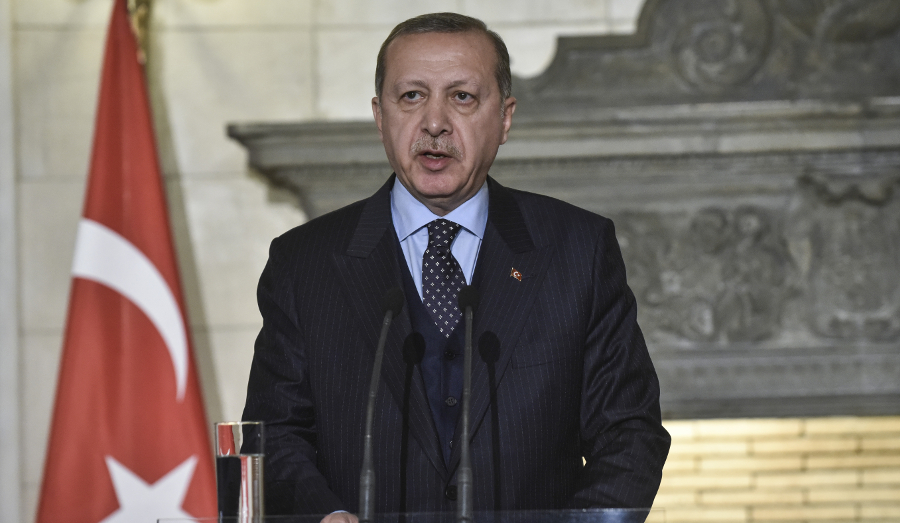 Recent news reports surrounding exiled Turkish politician Muhammed Fethullah Gülen have indicated that various federal agencies have started looking into his immigration status. Speculation has been rife that the US government may be looking to extradite him to Turkey in an attempt to smooth over relations with Turkish President Erdogan, of whom Gülen has been critical. While President Trump has denied that the US is looking to extradite Gülen “at this point,” that’s not to say that it couldn’t happen sometime in the future.

The affair surrounding the murder of dissident Saudi journalist Jamal Khashoggi in Istanbul has given President Erdogan a bit of leverage in his negotiations with the United States. As it has become clear that Khashoggi’s murder was ordered by Saudi authorities, and most likely by Saudi Crown Prince Mohammed bin Salman, Erdogan has a very strong case to make for punishing Saudi Arabia’s actions.

The US has a vested interest in making sure that Saudi Arabia escapes the consequences of its actions as much as possible, which puts it on a collision course with Turkey. While other Western countries aren’t in any rush to punish Saudi Arabia either, the brazenness of the crime demands some sort of response. Erdogan is obviously keen on extracting as much as he can, but he wouldn’t be above engaging in a quid pro quo to get what he wants.

Erdogan blames Gülen for instigating the coup against him in 2016, and he wants the US to extradite Gülen. In fact, Turkey has reserved the right to send operatives to the US to take action against Gülen, much as Saudi Arabia did against Khashoggi. But if Erdogan pushes for strong sanctions against Saudi Arabia, he can use Gülen as a bargaining chip.

In exchange for extraditing Gülen, the US could get Turkey to go along with weaker sanctions against Saudi Arabia. While that would be a short-term “victory” for the Trump administration by being able to weaken the punishment its Saudi allies are facing, in the long term it would be destructive to the US’ reputation as a haven for political dissidents and asylum-seekers facing repression or death from foreign regimes.