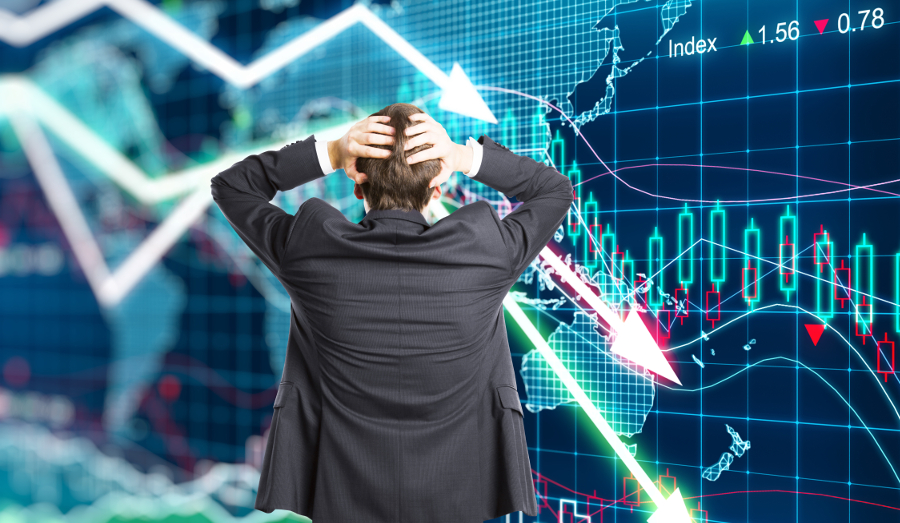 The Dow Jones on Wednesday suffered its third-largest one-day point drop ever, ending the day down more than 830 points. That was a major wake-up call for those who thought that markets would continue to build on the highs reached in September. And it demonstrates that all the talk of a strong economy is just trying to hide the fact that the recovery from the financial crisis is on its last legs, with another economic downturn just around the corner.

October Is Bad for Markets

October has historically been a bad month for markets, with half of the largest one-day drops in the Dow Jones index’s history having occurred in October. That includes both Black Tuesday in 1929 and Black Monday in 1987. And while the Dow reached its ultimate pre-financial crisis high in October 2007, October 2008 was a bloodbath, with several days of multi-hundred point losses and an overall decline of over 14% just for the month. Will this October feature some of the same?

How Will Markets End the Year?

If October turns out to be a poor month for stock markets, the real question is how markets will end the year. With the Federal Reserve expected to hike interest rates at least once more this year, the effect of hiking rates will lead to higher interest rates throughout the economy, putting even more pressure on markets. Investors are already worried about higher interest rates, so further hikes will unnerve them.

But markets also have to deal with President Trump’s comments about the Fed, now that he has expressed dissatisfaction with the Fed raising interest rates in the way that is has. If the President decides to put pressure on the Fed to keep from raising interest rates, that too could wreak havoc on markets as it brings in another, and much more unpredictable, variable.

In any case, it remains clear that despite the “good” economic news about low unemployment and continued economic growth we have reached the peak of the bubble and are due for the downturn soon. Those who wish to ignore the warnings that markets are sending this week do so at their own peril.