REDTEA NEWS
Hollywood Elites Befuddled by Concerns of Ordinary Americans
The Medical Industry Continues to Fail Patients
Red Wave? What Red Wave?
Leftists Melting Down as Musk Takes Over Twitter
Fetterman’s Disability Can’t Be Covered Up
Kanye West the Latest Victim of Last Gasp...
Alex Jones Verdict a Loss for Free Speech
Under Biden, Even the Air Force Can’t Escape...
While US Continues to Focus on Russia, China...
Democrats Maneuvering to Make the Deep State Permanent
Home America Now We’re All Equal, But Some Are More Equal Than Others
America NowBreaking News

We’re All Equal, But Some Are More Equal Than Others

The coronavirus epidemic has brought to the public’s attention that, despite all the rhetoric we like to hear about how all Americans are equal, some are more equal than others. With the virus spreading across the country, numerous Americans are worried about whether or not they have it. But to even get tested for the virus is a near impossibility, even for those with severe symptoms.

In many areas of the country, you have to be practically on death’s door before they’ll test you. Anything less than a 105 degree temperature for days and you can almost guarantee that you’ll be told that you just have the flu, and be sent home to recuperate.

But then we read stories of celebrities and athletes who are diagnosed with the virus, even though they showed no symptoms. That was the case with Rudy Gobert, the center for the Utah Jazz. He was tested for COVID-19 and was found to have the virus, as was one of his teammates, Donovan Mitchell. Yet Gobert initially didn’t have symptoms, nor did Mitchell. So how did they get tested when so many other people can’t get tests?

Or take the case of Idris Elba, who decided to get the test along with his wife after he found out that he was exposed to someone who had been diagnosed with COVID-19. Elba tested positive. Yet so many normal people who have been exposed to people diagnosed with COVID-19 haven’t been able to get tested. Was Elba able to get a test because of his celebrity status? While President Trump didn’t support elites getting tested first, he stated about their access to tests, “Perhaps that’s been the story of life.”

In many ways it’s no different than any other garden variety special treatment. Just look at Andrew Gillum, the man who but for a few thousand votes would currently have been Florida’s governor. He was recently found at a meth-fueled romp with a male prostitute yet, despite the rent boy requiring medical assistance and the presence of drugs in the hotel room, was allowed by police to leave without facing any charges. If that had been any of us, we would have spent at least the next few days in jail.

It’s becoming more and more clear to Americans every day that our politicians don’t have our best interests at heart. They’re panicking, just like many other people, and they’re more concerned with saving their own skins and remaining in office than they are with actually getting people tested for coronavirus. They’ll point fingers at President Trump, blame others for their problems, and follow the lead of other politicians, but they won’t do a darn thing to help average Americans at risk from coronavirus or the effects of the numerous shutdowns. 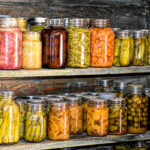 What Food Do You Really Need to Store for a Crisis? 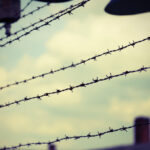