REDTEA NEWS
Catholic Pro-Life Speaker the Latest Victim of DOJ...
New York Doesn’t Want Good Guys to Stop...
Top FBI Agent Forced Out After Allegations of...
Who Is the Real Threat to Democracy?
A Dozen Federal Agencies Behind the Online Censorship...
Government Is Behind Much of the Social Media...
Hunter Biden’s Laptop Repairman Alleges FBI Tried to...
Can You Trust the FBI Not to Steal...
Is General Milley Guilty of Insubordination?
Raid on Trump’s Home Highlights the Dangers of...
Home America Now Why the Federal Government’s Response to the Coronavirus Won’t Help Anything
America NowBreaking News

It seems that every day brings more and more knee-jerk panics from government at all levels throughout the country. Our entire way of life is being upended as we’re asked to trust people whose only qualifications are that they were elected to office by a small percentage of the population. Even the so-called medical “experts” who have been tasked with coronavirus response are incompetent and ineffective, as you would expect from anyone who works for the government.

Just listen to the news and you’ll hear government officials talking about weeks-long shutdowns, bans on domestic travel, and an 18-month long pandemic with severe shortages of goods. It’s these far-fetched disaster scenarios that are causing people to panic and hoard goods, as we can no longer count on our governments to act rationally in response to this virus.

Another typical example of government ineptitude is new research that shows that “silent spreaders,” i.e. those who are infected with COVID-19 but show no symptoms, played a large role in the spread of the virus in China. Well, no s***, Sherlock. That’s the case with numerous diseases today, for instance the common cold. Your contagiousness peaks before you develop symptoms. And in the case of COVID-19, many who are infected with the virus don’t even get sick, so who knows how long they were spreading the virus.

Then you have health authorities in the US saying that only those suffering severe symptoms should get tested for the COVID-19 virus, and that those not showing symptoms would not be tested. So in essence the government is trying not to find those silent spreaders, allowing them to continue moving around thinking that they’re not infected.

That will doom this entire shutdown of our cities, as silent spreaders will continue to go to grocery stores, fill their cars with gas, deliver packages, etc. For all we know, everyone without symptoms may already be infected. But we have no way of knowing that because the government won’t allow those people to get tested.

In all likelihood this virus will peter out as weather warms, much as the flu and the common cold do. Governments will try to take credit for that, crediting the shutdowns and shelter-in-place orders as being effective, when all it was was a natural diminution of the virus’ reach. And our society will be much the worse for it, as the precedent has been set that governments can shut down everything merely for fear of a pandemic, no matter how unrealistic those fears may be. 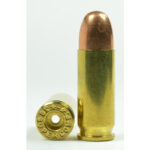 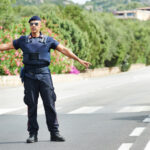