REDTEA NEWS
Catholic Pro-Life Speaker the Latest Victim of DOJ...
New York Doesn’t Want Good Guys to Stop...
Top FBI Agent Forced Out After Allegations of...
Who Is the Real Threat to Democracy?
A Dozen Federal Agencies Behind the Online Censorship...
Government Is Behind Much of the Social Media...
Hunter Biden’s Laptop Repairman Alleges FBI Tried to...
Can You Trust the FBI Not to Steal...
Is General Milley Guilty of Insubordination?
Raid on Trump’s Home Highlights the Dangers of...
Home Health The 4 Top Health Benefits of Kombucha
Health 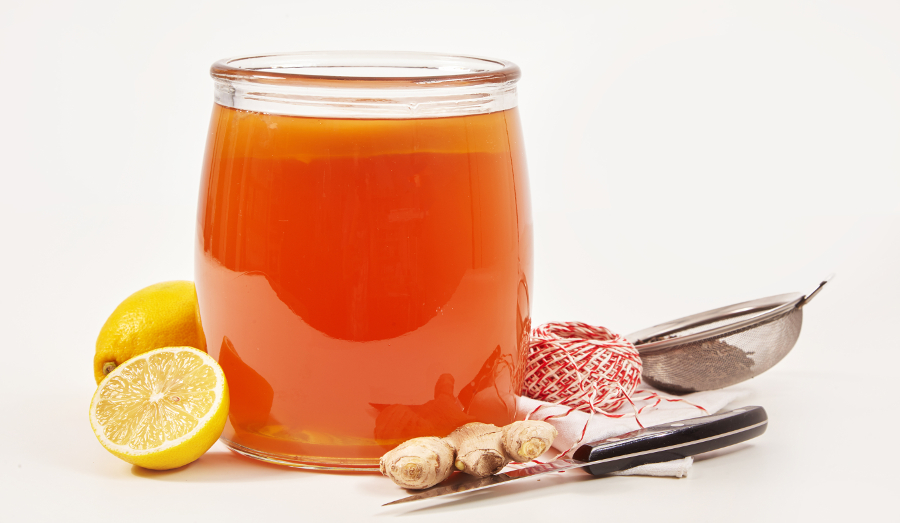 With more and more people taking serious interest in their diet and its role in keeping them healthy, many long-forgotten traditional foods are making a resurgence. That’s particularly the case for fermented foods and drinks. Among them is kombucha, a fermented tea drink that is a rich source of probiotics and that can be now be found in more and more supermarkets. It’s also very easy to make, for those who are able to find starter cultures.

Kombucha is a drink made from fermented sweetened tea. Once tea has been brewed, sweetened with sugar, and cooled, a “mother” of bacteria is added to it to ferment the sugars. The particular bacteria used in kombucha gives the drink its characteristic taste and slight fizziness.

What Are Kombucha’s Benefits?

You’ll probably hear some health gurus claim that kombucha is a magical remedy that cures everything that ails you, from joint pain to cancer. But while some of those claims may seem overblown, there is an increasing amount of research going into kombucha to discover just what its health benefits are.

Because kombucha is a fermented product, it contains large amounts of beneficial bacteria. Those probiotic bacteria have numerous health benefits and can help aid in digestion.

Kombucha can be made with just about any type of tea, but if it is made from green tea it will contain all the antioxidants that green tea does. Those antioxidants have numerous health benefits. And because kombucha mothers contain some yeast in them, the resulting kombucha is also rich in B vitamins.

3. Could Reduce Risk of Heart Disease

In studies performed in vitro, kombucha was found to inhibit the growth and survival of prostate cancer cells. While in vivo effects may vary, as well as effectiveness against other forms of cancer, that nonetheless merits further study to determine kombucha’s effectiveness at fighting cancer.