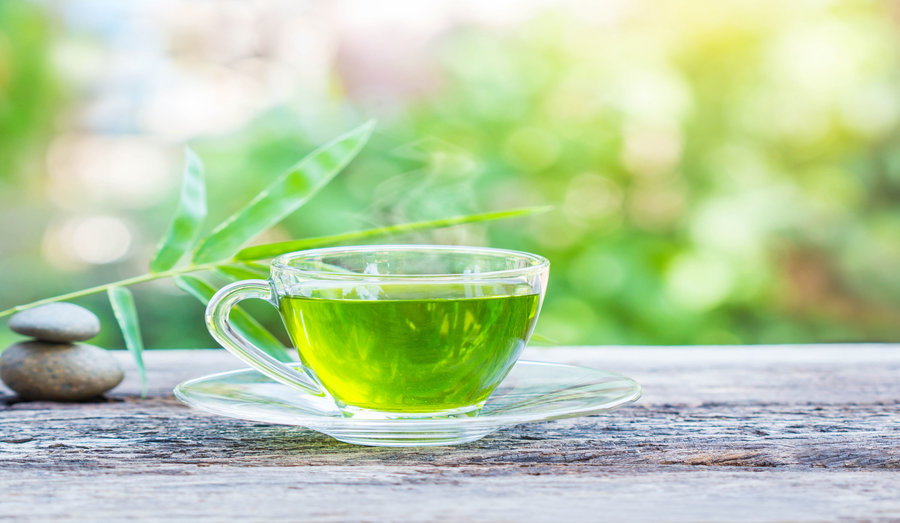 Alzheimer’s disease is a progressive neurodegenerative disease whose characteristics include a marked decline in memory. It is estimated that over 5 million Americans suffer from the disease, a number that is expected to triple by 2050. The causes of Alzheimer’s are unknown, but it is believed that a protein called beta-amyloid plays a role in causing Alzheimer’s. The protein is known as a “sticky” protein, and it is theorized that beta-amyloids can clump together into a plaque, disrupting nerve cell communication, causing inflammation, and leading to memory loss. Now researchers have discovered a compound in green tea that might prevent that plaque accumulation from happening.

Previous studies had demonstrated that drinking green tea led to a reduced risk of developing Alzheimer’s, but the method by which that happened was unknown. Recent research has discovered that a compound in green tea known as epigallocatechin gallate (EGCG) can stop the formation of beta-amyloid plaques, thus reducing the risk of developing Alzheimer’s. Researchers used nuclear magnetic resonance to study how EGCG worked. They believe that they were able to discover that EGCG coats the toxic proteins and prevents them from being to grow and interact with healthy cells.

It’s an interesting study that certainly is worth further research, especially to determine the proper dosage of EGCG necessary to prevent plaque formation. EGCG is supposed to be very poorly absorbed by the body, even in amounts equivalent to 8-16 or more cups of green tea per day. Thus, it may be necessary to use EGCG extracts taken from green tea and provided in the form of supplements in order to gain the full effects of EGCG in preventing Alzheimer’s.

In the mean time, however, it certainly can’t hurt to start drinking green tea, not only for its effects in possibly preventing Alzheimer’s, but also for its other health benefits. Given the debilitating nature of Alzheimer’s and the number of Americans who are expected to develop the disease, anything that shows potential promise as a remedy should be fully explored.