REDTEA NEWS
Challenge the State, Lose Your Job
Hollywood Elites Befuddled by Concerns of Ordinary Americans
The Medical Industry Continues to Fail Patients
Red Wave? What Red Wave?
Leftists Melting Down as Musk Takes Over Twitter
Fetterman’s Disability Can’t Be Covered Up
Kanye West the Latest Victim of Last Gasp...
Alex Jones Verdict a Loss for Free Speech
Under Biden, Even the Air Force Can’t Escape...
While US Continues to Focus on Russia, China...
Home Health Do Americans Work Too Hard?
HealthSurvival

No man goes before his time – unless the boss leaves early. – Groucho Marx

In a recent article in The New Republic, writer Bryce Covert claims that Americans are severely overworked. Employees can often be tracked putting in a 65-hour work week. Of 185 countries, only the United States, Oman and Papua New Guinea fail to guarantee a form of paid maternity leave. Seventy-eight of these countries also offer paid paternity leave.

If you’ve worked as a phone sales person, you’re all too familiar with the phone-time gauge of your efforts. “Take it to the phone, and put in the hours” cries the supervisor after each motivational talk. Lest you think this is simply the exploitative mantra of America’s underclass, think again. A critic for the arts section of one of the U.S.’s major newspapers once complained to me that he feared if he took too long a vacation, his desk would be gone when he returned.

CEOs of major corporations frequently feel they need to put in extra hours to demonstrate to their subordinates the ultimate value of hard work. It comes down to that classic American cliché, “if you would put your footprints in the sands of time, you’ve got to wear work shoes.”

The problem with the cliché is that this kind of hard work might pan out for the entrepreneur – one who’s own business is at stake every night he clocks in an extra four hours. But for the employee, it simply might translate to “winner take nothing.” A five-year study in The American Journal of Epidemiology discusses how over-worked participants completed tests to measure their intelligence, verbal recall, and vocabulary. Not too surprisingly, those who worked 55 hours per week demonstrated poorer reasoning skills and vocabulary.

Henry Ford discovered this lag in work time early in the 20th Century when he just about created the 40-hour work week.   He found that, beyond that period of time, workers made more mistakes and became less productive. It’s strange – but if a worker pays a personal trainer to guide him in building his muscle strength, he believes the coach when she emphasizes that muscle rest and recovery are just important as muscle exertion.

But the same worker has trouble getting the point when it comes to logging in extra hours on the job. Yet the truth of the analogy is well established. “We actually get stupider when we work too much,” says executive coach Tasha Eurich, Ph.D., author of the new book Bankable Leadership. Working fewer hours and taking periodic breaks are vital to the recovery of our cognitive skills.

Why then do we work so hard? Why do we strain our capacity for work beyond the point of diminishing returns? One answer no doubt can be found in our American belief system. We’re a nation of immigrants – many of whom made good. Despite a tax code that increasingly punishes the American worker, and despite all the recent crying and moaning about the privileged one percent at the top, our protestant ethic urges us to believe the more hours we work, the richer and more successful we’ll become. Moreover, life has to be hard to be good.

The question remains whether life can be good at all when we work to the point at which our cognitive skills and health decline – and our stress level escalates. 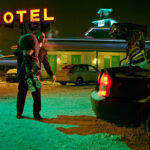