Just about anywhere you go to eat these days, there are two words you’re likely to hear: “gluten free.” The bakery where you get your morning muffin has an assortment of gluten free pastries on display. The sandwich you ordered at lunch has an option to be served with gluten free bread, if you want. The trendy restaurant where you ate dinner has a whole gluten free menu, which consists mainly of salads.

Gluten has become the enemy of the modern dieter, and everyone is scrambling to find new recipes and menu options that leave it out entirely. But is eating gluten free really helping to make you healthier? Not unless you have a very specific aversion to it.

Gluten is a chemical found in grains—particularly wheat—which gives dough its doughy quality. It’s prominent in all sorts of products, from bread to pizza crust to crackers to pasta, and much more. Most of us eat gluten in some form at just about every meal, which makes it difficult to avoid.

So why DO some people avoid it? Gluten free diets came into favor due to an affliction called celiac disease. This is where eating gluten causes damage to the small intestine. This can lead digestion problems and a difficulty absorbing the nutrients from your food into your body. If a person with celiac disease continues eating gluten, over time it can lead to a variety of other serious health problems, including Type 1 Diabetes and intestinal cancer.

Because celiac disease is so serious, and gluten is so prevalent in the average diet, it’s very important that those who can’t eat gluten be able to find alternate options that won’t damage their health. However: if you don’t have a gluten intolerance, then cutting it out of your diet does nothing to improve your health, and might even be detrimental.

If you think that this aversion to gluten just appeared out of the blue, you’re almost right. Celiac disease has always been around, but studies show that instances of it have actually increased significantly over the last 50 years or so. Even so, though, it still only affects about 1% of the population.

Yet somehow, an estimated 26-30% of Americans have chosen to go gluten free. That means millions of people who don’t have any medical problem with gluten have still decided to cut it out of their diets, or at least reduce it significantly. Essentially, gluten has become what carbs were 15 years ago. People have a vague notion that they’re bad and should be avoided, but most people aren’t really sure why. They’re just doing it because it’s the latest trend.

The problem with this is that not eating gluten means cutting a lot of very healthy grains out of your diet. These grains can have a variety of health benefits, including reducing the risk of cardiovascular disease. Experts agree that if you don’t have a physical intolerance of gluten, going gluten free is probably not a good option.

If you suspect you might have celiac disease, or gluten sensitivity, talk to your doctor and have tests done to find out for sure. It’s been found to be hereditary, so if someone in your immediate family has it, your chances of also suffering from celiac jump from 1 in 100 to 1 in 10.

If it turns out you do have a genuine gluten problem, then work with your doctor to find alternate options to provide you with the nutrition you need without putting yourself at risk. But if you find that you can eat gluten safely, then don’t be afraid to eat that piece of bread, or that macaroni salad. Just remember, all things in moderation. 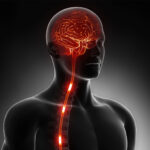 Daily Health Habits You Need to Adopt in Your 60’s

Revolvers vs. Semi-Auto Pistols: What’s Better In a Crisis?