REDTEA NEWS
Tank Gift to Ukraine Exposes the Sad Reality...
The Government Thinks We’re the Terrorists Now
FBI Admits It Uses CIA and NSA to...
The Medical Industry Continues to Fail Patients
Democrats Are About to Learn That Turnabout Is...
If You Like Your Gas Stove, You Can...
McCarthy’s Woes Are Payback a Long Time Coming
The Response to the Twitter Files Is Telling
Are San Francisco’s Killer Robots the Wave of...
The Genocidal Tendencies of Climate Change Crazies
Home Health Is There a Link Between Celiac Disease and Childhood Respiratory Infections?
Health

Is There a Link Between Celiac Disease and Childhood Respiratory Infections? 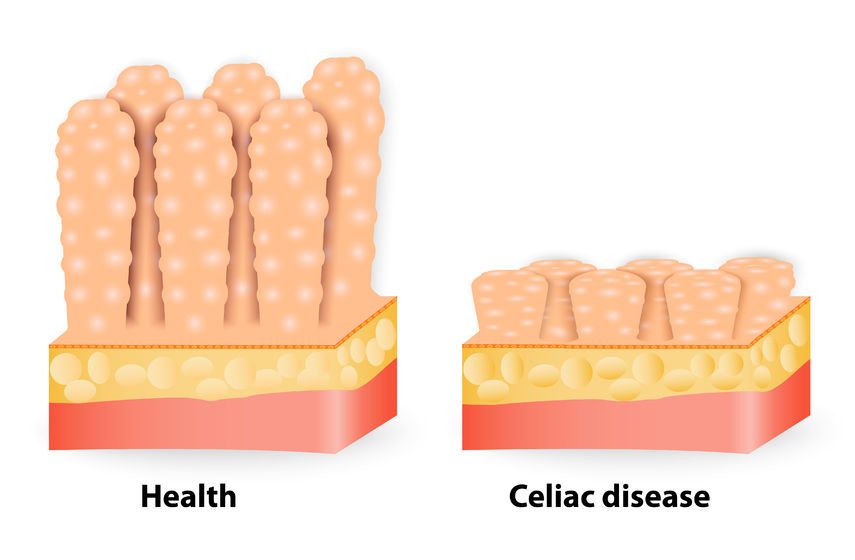 Celiac disease is an autoimmune condition in which consumption of gluten leads to damage in the small intestine. It is estimated that up to 1% of people suffer from the disease, with many of those undiagnosed. Up to 2.5 million Americans may be suffering from undiagnosed celiac disease, which could lead to long-term health problems.

Gluten is a protein found in wheat, rye, and barley. If someone with celiac disease consumes gluten, by eating bread, drinking beer, or consuming some other product that contains the gluten protein, the body launches an immune response that attacks the small intestine. This can damage the villi in the small intestine, the small finger-like projections in the intestine that absorb nutrients. Over time this damage can compound and cause severe problems with nutrient absorbtion.

Celiac disease is a hereditary disease, and those who have a parent or sibling with the disease have a 1 in 10 chance of developing it. Those whose celiac disease goes untreated have a greater risk of developing other major health disorders later in life, such as Type I diabetes, iron deficiency anemia, and various intestinal cancers.

Thanks to improved tests and diagnosis, more and more people with celiac disease are being diagnosed. But the cause of celiac disease is still unknown, although environmental triggers are presumed to be one possible cause.

Researchers in Italy recently sought to understand what exactly some of those triggers might be. Previous studies have indicated that the presence of rotavirus antibodies could possibly predict the development of celiac disease. Other studies have found that the more infections a child suffered before the age of 18 months, the higher the risk of developing celiac disease later in life.

Why exactly this happens is still unknown, but it highlights just how little still is understood about the immune system or its development. While many believe that being exposed to germs early in life will stimulate the immune system to develop immunities, it is possible that exposure to some infections may stimulate the immune system in a negative way, leading to autoimmune disorders such as celiac disease. Further study could help shed light on why that happens and aid researchers looking to prevent not only celiac disease but also other autoimmune conditions whose causes begin early in life.