REDTEA NEWS
Don’t Interrupt Your Enemy When He’s Making a...
Democrats Don’t Care How Much You Suffer
The Real Purpose of the Second Amendment
Why Gasoline Prices May Never Come Down
Are We in Civil War Already?
The Narrative Is So Transparent It’s Laughable
Another Pro-Life Pregnancy Center Firebombed
Attempt on Kavanaugh’s Life Shows the Danger the...
Inflation Causing Americans to Change Spending Habits
American Gun Owners Are the Last Line of...
Home Health Nighttime Eating Could Damage Your Skin
Health 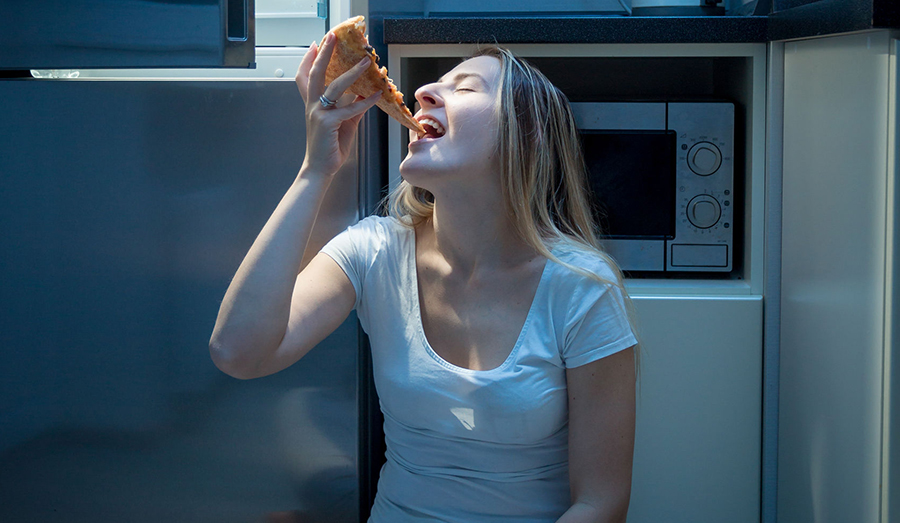 We all get the munchies sometimes, even late at night. And of course, we’ve all heard that eating late at night isn’t great for the waistline. But new research shows that eating at night can also be damaging to the skin.

A recent study performed on mice fed them during the day, rather than at night when they normally eat. That abnormal eating pattern altered the mice’s circadian rhythms and reduced the activity of an enzyme in the skin that normally protects the skin from ultraviolet rays.

Researchers exposed two groups of mice to UVB rays, the wavelength of sunlight that is responsible for sunburns and skin cancer in human beings. The mice that were fed during the day had greater damage to the skin than the mice that were fed at night. Further research determined that the abnormal eating time caused changes in the skin that were triggered by a change in circadian rhythm.

There was a specific enzyme in the skin, xeroderma pigmentosum group A (XPA) which became less active during the day and more active at night in the mice that were fed during the day. Mice that were fed at night showed no changes in XPA activity. Abnormal eating times also resulted in gene changes in about 10 percent of the mice’s genes, although the effects of those changes are still uncertain.

While studies in mice don’t always translate to the same effects in human beings, there is speculation that the timing of meals could play a role in human skin protection too. Since humans normally eat during the day, disrupting normal eating patterns by chowing down at night could cause changes in the skin similar to those in mice. So the next time you head down to the fridge for a late-night snack, you just might want to think twice before you eat.

4 Tips to Surviving in the Wild Overnight