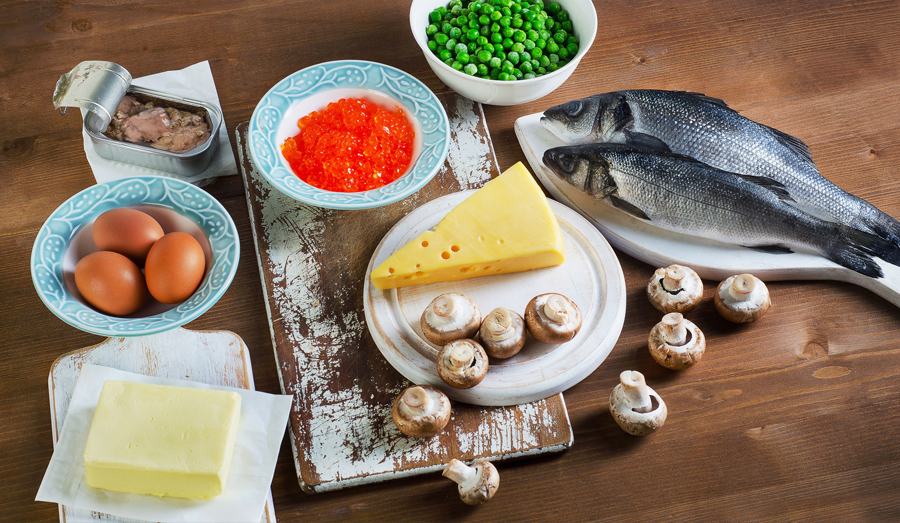 The main source of vitamin D is through exposure to sunlight. Particularly in lighter-skinned people, exposure to the ultraviolet-B rays in sunlight leads to a reaction within skin cells that causes them to produce vitamin D. Scientists say that 10 minutes of exposure to midday sun while wearing shorts and a tank top is enough to produce 10,000 IU of vitamin D.

Official recommendations are for 200-400 IU of vitamin D per day, although many experts believe that to be too little, recommending instead that 2,000 IU per day is a better level. Vitamin D creation through sun exposure decreases during winter as people stay outdoors and have less exposure to sunlight. Winter sun also lacks the UV-B rays at northern latitudes so that the skin cannot create vitamin D.

Some studies in the United States have found that more than 40 percent of the American population is deficient in vitamin D. Since vitamin D is crucial to calcium absorption, vitamin D deficiency can lead to bone pain, bone fractures, and bone deformities. It also can lead to fatigue and an inability to think clearly. As research proceeds, researchers continue to find more and more health problems in which vitamin D deficiency plays a role.

Because many foods, such as store-bought milk, are fortified with vitamin D to prevent vitamin D deficiency, the form of vitamin D used will play a role in how effective that fortification is. Many foods are fortified with the D-2 version of the vitamin, since the effectiveness of vitamin D-2 was assumed to be equivalent to D-3. Now that this study shows that this may not be the case, food producers may want to take a look at using vitamin D-3 instead of D-2.