REDTEA NEWS
FBI Whistleblowers Coming Out of the Woodwork
Are You in a Government Database? Probably So
Leftist Tolerance on Display in Wake of Roe...
China Demands Censorship of US Landmarks in Movies
Biden Administration Clueless About Border Fiasco
The Left’s Meltdown Over Roe v. Wade
The Left’s Censorship Campaign Is Backfiring
US Government Creating Its Own Ministry of Truth
Mainstream Media Has Dropped Any Pretense of Objectivity
Was Wuhan Lab Allowed to Destroy Secret Files?
Home Money Why You Should Kick That Expensive Coffee Habit
Money 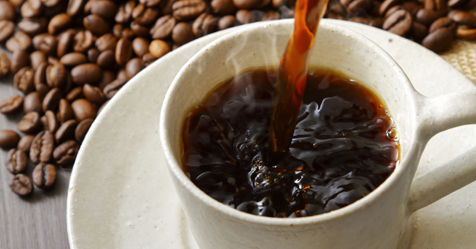 Remember the days when most people barely knew what a latte was?  Flavored coffee was about as exotic as it got.  Today the average American drops $1,000 on coffee over the course of a year.  Is it worth it?

Most of those big spenders would probably tell you that it is.  After all, they’re obviously willing to spend that kind of money.

So is it the taste?  Well, if so, it may be more a product of the consumer’s expensive tastes than the superior taste of the “fancy” coffee.  Jeff Rossen, correspondent for the Today Show’s Rossen Report series, took his crew to a New Jersey mall to determine if people could really taste the difference.  For several hours, they did a blind taste test, offering free coffee samples to shoppers — a gourmet roast, selling for $3.25 and a much cheaper deli coffee that cost a mere $1.00 per cup.  The conclusion?  A whopping 67% liked the cheap brew better!

If you’re surprised, you aren’t alone.  If taste isn’t what’s driving the expensive coffee habit, then what is? Maybe it’s the TV commercials, social media, and mass emails touting their loyalty programs.

Coffee shop owners and their advertisers want you to believe that you need, not just coffee, but their coffee.  The more ads you see, the more you become convinced everybody’s drinking that coffee and you’ll be missing out if you resist.

Then, once you’ve tried this expensive brew, you become convinced that it really is the best.  After all, it must taste better to justify that higher cost, right?  Loyalty programs are a staple of the coffee shop industry— both local shops and national chains.  Typically, a certain number of drinks purchased or dollar spent will get you one free drink.  Awesome.  Until you calculate how much you had to spend in order to get that “free” cup.

Financial Avenue lists “Getting Coffee” first on their list of the Top 10 Most Expensive Habits of Americans.  For those ordering a latte instead of a simple cuppa  Joe, the cost can reach upwards of $5.00 per cup.  If you have one every morning on your way to work, that’s $25 a week, $100 per month and $1,200 a year.  Yikes.

Ask yourself why you buy the expensive stuff.  Is it taste, status, convenience, the desire to be like your friends, or something else? Then ask yourself if you can make a change.

One solution is to buy yourself a good coffeemaker or espresso machine and make your own at home.  Even with the cost of the machine, you’ll save a significant amount of money.  Unfortunately, many coffee drinkers will tell you it just doesn’t taste the same.  But getting that coffee shop taste is possible – with a little research.  It sounds counterintuitive, but Starbucks offers tips for expert home brewing.  Maybe it’s because, in addition to Starbucks stores, the company also sells beans, K-Cups and a myriad of brewing accessories.

You can also try experimenting with different brews from mild, medium and bold, as well as different ratios of coffee to water.  Also try adding extras such as cinnamon, vanilla, cocoa powder, honey, cream, half & half, milk or non-fat milk.  It may take a while to get it right – but you can do it!

Do you like walking into a meeting with that gourmet coffee cup?  No problem.  Many shops sell travel mugs emblazoned with their name.  Make your own at home (or pour yourself a cup at the gas station) and pour it into your mug.

If you’re spurred on by the promise of rewards, just think — really think — about what else you could buy with that money.  A week’s worth of expensive coffee would buy you a new pair of earrings, a new wallet or a couple bottles of wine.  After six months, you could have a weekend away, a nice TV or a new laptop.  And a year of savings would get you an even better vacation, more powerful computer or even a hot tub.

If the idea of what else that money could buy isn’t enough to sway you, try this: each day that you don’t go to the coffee shop, put that same amount of money in a jar or special savings account.  At the end of one month, six months or a year see what you’ve got.

Then take a sip of your home brew while you do a little shopping on your new computer. 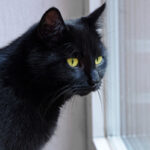 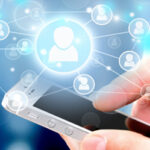