REDTEA NEWS
Hollywood Elites Befuddled by Concerns of Ordinary Americans
The Medical Industry Continues to Fail Patients
Red Wave? What Red Wave?
Leftists Melting Down as Musk Takes Over Twitter
Fetterman’s Disability Can’t Be Covered Up
Kanye West the Latest Victim of Last Gasp...
Alex Jones Verdict a Loss for Free Speech
Under Biden, Even the Air Force Can’t Escape...
While US Continues to Focus on Russia, China...
Democrats Maneuvering to Make the Deep State Permanent
Home Money Trump Flip-Flops on Stock Market Bubble Rhetoric, Will Be Blamed for Next Recession
Money 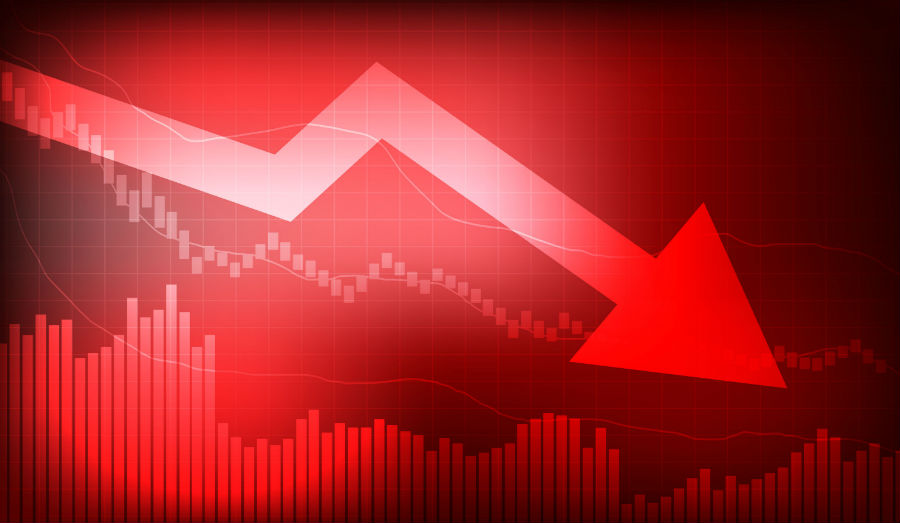 During the 2016 Presidential campaign, Donald Trump called the stock market a “big, fat, ugly bubble” and vehemently criticized the Federal Reserve and Fed Chairman Janet Yellen for being political and for keeping interest rates so low for so long to benefit President Obama.

In the first campaign debate, Trump said that the economy is experiencing “the worst revival of an economy since the Great Depression” and that nothing in the country is healing after the financial crisis. And before he was elected he also claimed that the 5% unemployment rate statistic was phony saying “the number isn’t reflective … 5.3 percent unemployment, that is the biggest joke there is in this country … The unemployment rate is probably 20 percent, but I will tell you, you have some great economists that will tell you it’s a 30, 32. And the highest I’ve heard so far is 42 percent.”

The criticism of the Fed, low-interest rates, and the stock market was music to the ears of free-market conservatives, libertarians, and Austrian economists. CEO & investor Peter Schiff, who accurately predicted the housing bubble and the government’s response to it, had been saying very similar things to what Trump was saying regarding the Fed and the stock market bubble.

All of that changed as soon as Trump was elected. The stock market that was a bubble at 18,000 according to Trump was now being praised at 22,000 as an example of economic growth and proof that he is doing a good job. The phony 5% unemployment rate, which has decreased to 4.7%, is now being claimed by Trump as authentic and proof of his success.

A lot of what Trump said during the election campaign and in the debates regarding the Federal Reserve and the economy was true. From 2002-2005 the Federal Reserve lowered its target interest rate from 6.5% down to 1% and held it there for about three years before raising it back up to 5.5%. Those 1% rates were arguably the root cause of the entire housing bubble.

After the financial crisis of 2008, the Fed lowered interest rates to zero and held them there for 8 years. Even now its target rate is only about 1.5%. What Austrian Business Cycle Theory explains is that artificially suppressing prices, in this case, the price of money, leads to distorted signals. Previously unprofitable investments now appear profitable and thus malinvestment takes place. When interest rates normalize, these malinvestments become apparent and this results in economic contraction. It is this contraction and recession in which the bad investments and bad debt is purged, and the bad decisions are corrected. The recession is a necessary time of healing.

But by bailing out the big banks and pumping the economy full of monetary stimulus, the problems from before have only been made larger. The house of cards that is America’s bubble economy has only been inflated further. And instead of sticking to his campaign rhetoric, Trump has taken ownership of this massive bubble and claimed it as authentic growth.

The Trump euphoria that the economy is currently experiencing is a result of Trump’s tax cuts and deregulation, but also from the economy’s confidence from having an anti-establishment businessman in the White House. Sure, Trump’s tax plan is a relative improvement and the deregulation is great, but that, as well as the increased confidence, can’t fundamentally change the current structure of this economy.

No matter how hard we believe or how confident we are, this economy is highly distorted from years of ridiculously low-interest rates and this means we are due for a painful contraction. By taking credit for this bubble economy, President Trump is going to receive the blame bigly for a recession created by his predecessor.