REDTEA NEWS
Tank Gift to Ukraine Exposes the Sad Reality...
The Government Thinks We’re the Terrorists Now
FBI Admits It Uses CIA and NSA to...
Democrats Are About to Learn That Turnabout Is...
If You Like Your Gas Stove, You Can...
McCarthy’s Woes Are Payback a Long Time Coming
The Response to the Twitter Files Is Telling
Are San Francisco’s Killer Robots the Wave of...
The Genocidal Tendencies of Climate Change Crazies
The Siren Song of Being “Moderate”
Home Money Unprecedented Student Debt & The Future Model of Higher Education
Money 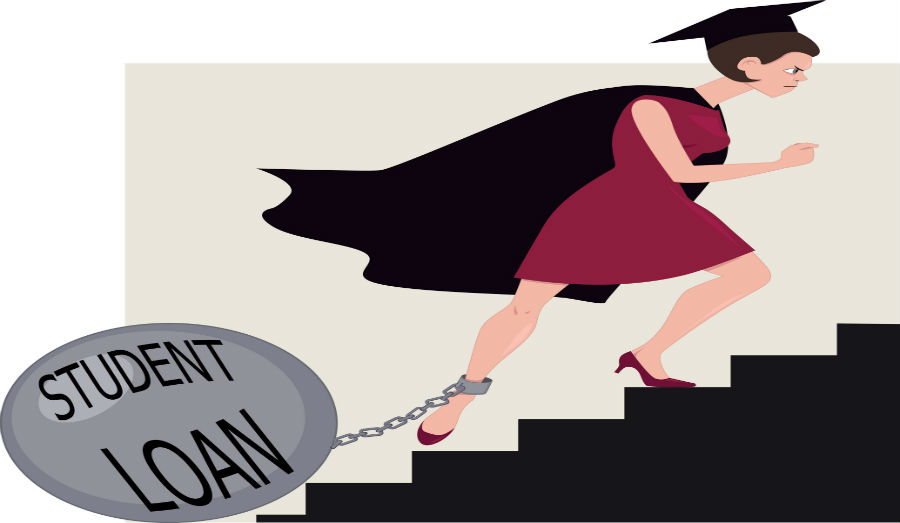 This year’s college graduating class in the US will graduate with a new record amount of debt. That statement is accurate for every year all the way back to the early 1990’s, and maybe even earlier. And you can almost guarantee that that statement will continue to be accurate in every upcoming year, until the liquidity in the student loan market dries up. This is a scary and unsustainable trend we are on, where we are taking on record levels of student loan debt every year.

Student debt in America increases almost $3000 per second and its total amount – nearly $1.6 trillion – would rank 10th in the world if it were a country’s GDP. Stop and think about that for a second, the amount of student loan debt we have in America is larger than the economies of all but 9 countries.

Now, our student debt and debt in general isn’t necessarily a bad thing, so long as the returns from taking on that debt are greater than the interest and the principal. Is that the case? If we look around the country do we see that our massive amount of student debt has resulted in a highly skilled and productive working class that is creating more value than the cost of that debt? Hardly.

Since 1985 the consumer price index has risen 115% and the price of tuition has risen nearly 500%. With skyrocketing college prices, ever mounting debt, degree inflation eating at the value of your degree, and with limited job prospects available when students graduate and enter the real world, this looks like a huge crisis in the making.

Similar to how when an investor sees a bubble in the making he may decide to enter a trade going in the opposite direction, perhaps it would be wise to begin utilizing alternative educational programs, trade schools, and other forms of career advancement in order to more efficiently acquire the skills and knowledge necessary to create value and to succeed in today’s world, because clearly our university system is highly inefficient and outdated.

It’s impossible to know what will come after this current model of higher education dies or even when it will die. It’s possible this current paradigm will continue on until PhDs are the equivalent of what high school degrees once were. Perhaps it will be revamped sooner rather than later.

What I do believe will happen is more and more organizations will pop up whose purpose is to efficiently train young people and provide them with the knowledge, mindset, and skills necessary to be a powerful, creative, and productive force in the world. In effect, these organizations will act as job placement intermediaries that identify and train young people to be valuable individuals in the market.

Again, it is impossible to know what will replace the current system, but I do believe that allowing the free market to work and allowing competition to take place will result in a much more effective, efficient, as well as meaningful and fulfilling educational experience than the one that currently exists.