REDTEA NEWS
Democrats Don’t Care How Much You Suffer
The Real Purpose of the Second Amendment
Why Gasoline Prices May Never Come Down
Are We in Civil War Already?
The Narrative Is So Transparent It’s Laughable
Another Pro-Life Pregnancy Center Firebombed
Attempt on Kavanaugh’s Life Shows the Danger the...
Inflation Causing Americans to Change Spending Habits
American Gun Owners Are the Last Line of...
Democrats Still Don’t Understand Guns or Gun Owners
Home Breaking News Russia Bans Food Imports from U.S. and EU to Retaliate Against Sanctions
Breaking News 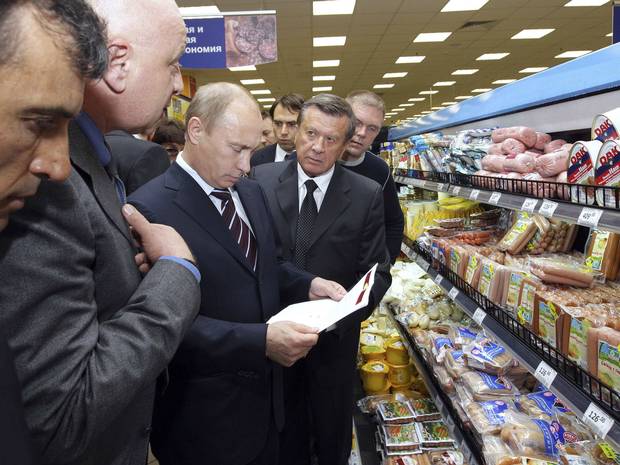 At first blush, spite and tantrum are Vladimir Putin’s weapons of choice to the sanctions imposed by the United States and The European Union.   Last Thursday, Russian prime minister, Dimitri Medvedev announced that, in response to the asset freezes and loan bans on his country recently announced by these powers, Russia would ban pork, fish, beef, fruit, vegetables and dairy products from the European Union, The United States, Canada, Australia and Norway for one year.

Russia is also entertaining retaliatory measures that involve aviation. America and Europe may have to look forward to a ban on flights over Siberia. Both America and European airlines use Siberian airspace to fly to Asia. “The US and the EU have accused Russia, which annexed Ukraine's Crimean Peninsula in March, of fomenting tensions in eastern Ukraine by supplying arms and expertise to a pro-Moscow insurgency, and have imposed asset freezes and loan bans on a score of individuals and companies.”

Putin has also issued an executive decree that "either bans or limits... the import into the Russian Federation of certain kinds of agricultural products, raw materials and food originating from countries that have decided to adopt economic sanctions against Russian entities and (or) individuals".

While Russia depends heavily on foodstuffs imported from the West for consumers in its larger cities, the effects of sanctions that keep these types of products from them hasn’t yet dawned on the average Russian. With an 87% approval rating, Vladimir Putin appears to be riding the wave of unprecedented support for his actions in the Ukraine. At this point, it hasn’t yet dawned on consumers that such retaliation could backfire by raising their food prices.

In the US, the administration is downplaying any possible effects of Russian economic retaliation. While the largest poultry producer, Tyson Foods, expressed come disenchantment with Putin’s decision, the company feels confident that it will be able to make up for the loss in import business from other countries.

The decision from the stalwart Russian premiere recalls the legendary remark made by his predecessor, Nikita Krushchev, in his address to Western ambassadors at the Polish embassy in Moscow back in 1956. Krushchev challenged Western countries by asserting “we will bury you.”

For all the ranting and raving by Krushchev then and Putin now, one can confidently note that the burial predicted by the former President fifty-eight years ago hasn’t happened yet. Welcome to the new old cold war! 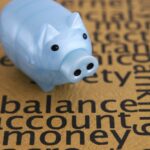