RUSH TO JUDGMENT: Everyone by now knows what happened in Florence, Missouri last week. It’s just that opinions differ depending on whom you ask, and everything is based on hearsay. That’s the real story behind the death of Michael Brown. From politicians to media to people in the street, everyone thinks they know the real story, all of it filtered through a prism of race, class, and a 24/7 media that takes rumors and turns them into reports. It’s not surprising that this resulted in riots that continue as we speak, and a confused local population in Florence that’s screaming for “justice” before the facts have been investigated and adjudicated. There have already been several twists to this story of cop versus citizen, including a YouTube video that actually captures an eyewitness inadvertently backing the police version of what happened. You can bet there’ll be some more unexpected developments as the facts emerge.

MILITARIZED POLICE: In the wake of the Florence riots, there was also much social media and liberal media hand-wringing over the “militarization of the police,” mainly stemming from the audacity of those charged with protecting the peace rolling out armored vehicles, heavy firepower and bulging biceps to confront the angry mobs of Florence. As anyone who has seen a SWAT team knows, police don’t adapt a posture of cheerful benevolence when asked to confront dangerous situations. Do citizens really want them to be like England’s Bobbies, carrying nothing but a nightstick when they respond to public beheadings? Chances are, the same people railing against the current police stance would call for every available body plus nuclear jihad if they faced trouble from a crowd bent on violence.

YOUNG BLOODS MEET OLD SCHOOL: A new strategic riot-calming tactic was unveiled in Florence – police walking the streets next to red handkerchief-clad gangbangers, with the gleeful Bloods flashing gang signs. One news outlet even Photoshopped out the gangbangers, perhaps afraid that the image would mar the Florence narrative. Photoshop is becoming a tool popular with dictatorships – witness its use in North Korea. It’s still surprising, though, to see so-called mainstream US news outlets resort to such agendas in their reporting.

MOUNT YAZIDIS: The blue-eyed, blonde-haired Yazidis, a weird Middle Eastern sect that practices intermarriage to keep its Aryan roots alive, was provided emergency food and water last week after being trapped on a mountain by pursuing ISIS troops. The US later provided a less humanitarian bit of aid by blasting away at ISIS positions from the sky, opening an escape route for the Yazidis. About 130 Marines and special ops troops have been sent to Iraq to “advise” Iraqi troops in their fight against the Islamic State. Here’s some advice they should pass along: tell them to stand and fight, rather than cut and run. Things are so bad in Iraq that some families are fleeing to nearby Syria. That’s bad.

ROBIN WILLIAMS: A national outpouring of grief followed the news that the beloved comedian had taken his own life. Depression and the onset of Parkinson’s disease have added up to a picture of a man burdened by more than he could handle. Comedians are known to have an extremely dark side hidden behind their attempts to bring a little laughter into the world. Perhaps Williams’ death and its resulting misery will lead at least a few of them to seek help before turning to a permanent solution to problems.

NEW BASEBALL COMMISSIONER: After 22 years of Bud Selig, which saw the rise and fall of performance-enhancing drugs and rise of the cost of a family outing to the ballpark, Major League Baseball has a new commissioner: Rob Manfred, the long-time right-hand man to the departing Selig. Manfred is the 10th commissioner in baseball history and the first to preside over an era where the best stadium seats are largely unfilled for most games. Maybe he'll find time to remove price-enhancing drugs from the owners’ punchbowl.

EBOLA IS OUT OF CONTROLA: The West African country of Liberia is known for its lack of sanitation, its civil wars, and now for the utterly incomprehensible act of watching a mob breaking into an Ebola clinic and making off with disease-ridden bed sheets, mattresses and other highly infectious items. Several patients were also liberated from the clinic, leading to talk that blockades of certain virulent towns may be next on the agenda. Already, Guinea and Zambia have stopped people from entering from countries with an Ebola outbreak. Such blockades also stop food and other supplies from reaching them. This is no horror movie – it’s real life.

HILARY SLAMS OBAMA: Warming up for what should be a highly entertaining campaign in 2016, Hilary Clinton slammed President Obama’s foreign policy doctrine of “Don’t do stupid stuff” as “not an organizing principle.” Perhaps she won’t be afraid to push the button after all…..

NASCAR TRAGEDY: Three-time NASCAR champ Tony Stewart's car struck and killed Kevin Ward Jr., who foolishly went onto the track after a tangle with Stewart caused him to spin out. Cops are investigating, but show little inclination to charge Stewart with anything.

BALLMER IS BALLIN’:   Former Microsoft CEO Steve Ballmer is officially the new owner of the NBA's Los Angeles Clippers, paying a North American sports franchise sales record of $2 billion to claim the team. Are the Clippers worth it? With a new cable TV deal looming, the hunger for sports, a team on the rise in a major market and rights for ancillary merchandise booming, it may be that Ballmer bought at the bottom of the market. 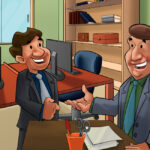 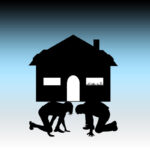