REDTEA NEWS
Why Is the Military Facing Recruitment Problems?
Has Zelensky Gone a Step Too Far?
As Gas Prices Remain High, US Sells Oil...
Fauci Thinks Lockdowns Should Have Been Stricter
Good Guy Takes Down Bad Guy, MSM Goes...
DC Homeless Shelters Filling Up With Illegal Immigrants
Inflation Still Rising: Are You Feeling the Pinch?
Japan, Abe, and Gun Control
Don’t Interrupt Your Enemy When He’s Making a...
Democrats Don’t Care How Much You Suffer
Home Breaking News Would Torture Have Stopped Brussels Attacks?
Breaking News

Hours after deadly terrorist bombings in Brussels on Tuesday, Donald Trump speculated to CNN’s Wolf Blitzer that waterboarding or “far worse” might have prevented the attacks that killed at least 31 and injured hundreds more. When Blitzer pointed out that terror suspect Salah Abdeslam, recently arrested in connection with last November’s deadly Paris attacks and suspected of having information on planned attacks in Brussels, was already talking to authorities, Trump insisted he might have “talked faster” under torture.  This despite the fact that some reports indicate officials’ disclosure that Abdeslam was cooperating may have caused the terrorists to accelerate their timetable for the attacks.

When Blitzer pointed out U.S. military leadership has repeatedly stated that torture is ineffective, Trump questioned their truthfulness. “I think they’re told to say that politically,” Trump said. “I think that they believe in [torture] 100 percent,” although he didn’t offer any substantiation for this claim.

Trump then raised the stakes, implying today’s military leaders compare unfavorably with generals of the past.  “You talk to Gen. Patton from years ago, you talk to Gen. Douglas [MacArthur], I will guarantee it, these were real generals, and I guarantee, they would be laughing.”

In the past Trump has insisted that as President he would not only order torture, but the killing of militants’ non-combatant families. Since such actions would not only violate U.S., but international law, when it was suggested military personnel might refuse to commit such acts, Trump responded, “They’re not going to refuse me. Believe me.”  In early March he backpedaled, saying he would not order any member of the military to break the law.  But on Tuesday he seemed to reverse course again.

It’s unlikely anyone would suggest the United States military leans left when it comes to the treatment of terrorist suspects. All the same, Joint Chiefs Chairman General Joseph Dunford, in testimony before the Senate Armed Services Committee on March 17, renewed his criticism of waterboarding, torture and the targeting of civilians as morally and legally wrong. He called torture contrary to “American values” and cited a negative effect on troop morale. Dunford added that when the United States goes to war that it should be with the values of our nation.

Even former Department of Justice lawyer John Yoo, infamous for drafting the original DOJ memos justifying the use of “enhanced interrogation techniques” after 9/11, thinks Trump might be going too far. Yoo claims the decision to approve waterboarding was a difficult one, and there’s no legal ground to go beyond the steps the Bush administration took at that time. President Obama has since banned the use of such interrogation techniques by U.S. military.  Yoo also questioned whether Trump is talking about using enhanced interrogation to gather information or as punishment.

Terrorism experts are saying that the type of independent cell that carried out the bombing in Brussels may be nearly impossible to stop. Such cells don’t receive interceptable instructions from a central organization but instead decide their own timing and targets. Another obstacle is when attackers hail from the countries they attack and travel to neutral countries for training before returning home, none of which would raise red flags.  Such innocuous-seeming domestic terrorists can then simply wait in their home country for an opportune moment to strike. Security experts suggest developing surveillance networks in other countries may be our best path toward identifying potential attackers before they return home to strike.

What’s certain is that there are no simple answers when it comes to stopping attacks by terrorists who may have already been in the targeted country for years and may be receiving little or no assistance from a central organization located elsewhere. It’s unlikely patrols or increased surveillance will help in such cases but, when fear is in the air and political careers are on the line, you can expect logic to go right out the window.

Trump went on to say the police should monitor Muslims on U.S. soil. Not to be outdone, Ted Cruz later suggested police should patrol “Muslim neighborhoods,” an idea Trump subsequently endorsed. 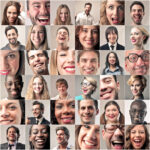 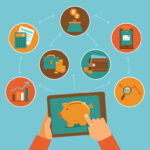