REDTEA NEWS
Democrats Don’t Care How Much You Suffer
The Real Purpose of the Second Amendment
Why Gasoline Prices May Never Come Down
Are We in Civil War Already?
The Narrative Is So Transparent It’s Laughable
Another Pro-Life Pregnancy Center Firebombed
Attempt on Kavanaugh’s Life Shows the Danger the...
Inflation Causing Americans to Change Spending Habits
American Gun Owners Are the Last Line of...
Democrats Still Don’t Understand Guns or Gun Owners
Home Breaking News Will the Clinton Email Scandal Ever Die?
Breaking NewsElection 2016 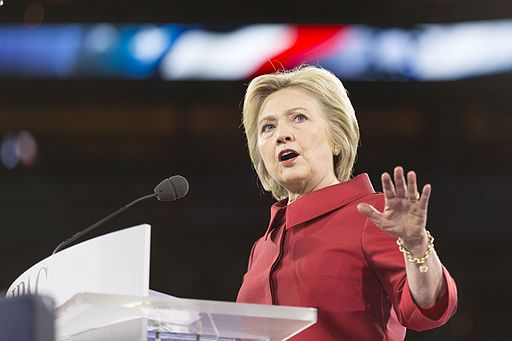 When it comes to the emails in Hillary Clinton’s past, she surely wishes she could hit delete and make the whole thing go away.   Donald Trump, on the other hand, has the situation securely archived – and will be going back to it, pulling it out and referring to it at every chance he gets.

For a brief moment the Democrats had to be breathing a sigh of relief — if not cheering outright — at the most recent developments in the ongoing saga of former Secretary of State Clinton’s email woes.  First, Attorney General Loretta Lynch deferred to the FBI, citing its non-political status, in the matter of whether to bring any charges against Clinton for her secret email server.  A few days later, the FBI came back with their recommendation on Wednesday— no charges should be filed.  And Lynch made the announcement that none would be.

As far as Hillary and the Democrats are concerned, the matter ends there.  It’s over and done with — something to put behind them and just move on.  What could possibly be left to discuss?  The win goes to Clinton and the Democrats, right?

Well, not so fast.  If you ask Donald Trump and the GOP that question, you’d better have a lot of time to listen, because they have a long list of reasons why this matter isn’t over.  Far from it.  In fact, this may be the one topic that Trump and his fellow Republicans completely agree about.  There may be no official charges coming, but that in itself, gives the Republicans something to talk about.  And rest assured, from now until November, they will.

"It seems to a lot of us that the Average Joe, the average American, that if they had done what you laid out in your statement, that they would be in handcuffs and they might be on their way to jail," House Oversight and Government Reform Committee Chairman Jason Chaffetz said in response to the announcement.

And Trump responded by once again positioning himself as a regular guy – far removed from lies and deceit of Washington politics, tweeting, “The system is rigged. General Petraeus got in trouble for far less. Very very unfair! As usual, bad judgment.”

And even Speaker of the House, and somewhat tepid Trump supporter, Congressman Paul Ryan expressed his displeasure in this tweet: “While I respect the professionals at the FBI, this announcement defies explanation. No one should be above the law.”  He added that he felt that Clinton misled the American public when she was confronted about her emails.

So is the email situation a relief to Clinton – or a thorn in her side?  Well certainly the lack of any formal criminal charges has to be a relief.  Trump has already dubbed her “Crooked Hillary,” and criminal charge would obviously have added some genuine legitimacy to fuel the fire.

But as he often boasts, Donald Trump isn’t one to play by the rules.  And he doesn't really care whether Hillary was charged or not for having a private email.  The fact that she wasn’t charged just gives the presumptive Republican nominee more ammunition against his opponent.  To Trump, his fellow Republicans, his supporters, and the many Americans who already disliked Hillary Clinton — this is something to build upon.  A reason for outrage.  Proof that the “system” is rigged and Americans need a change.

Republicans suddenly have something to unite them against the big blue machine that’s the Democratic Party.  Clinton may not see any jail time – but the matter isn’t over yet.  Not by a long shot. 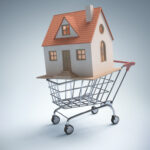 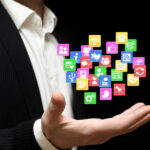