REDTEA NEWS
Can Massacres Like the Uvalde Shooting Be Stopped?
The Establishment COVID Consensus Is Cracking
Will Monkeypox Be the Next Big Health Scare?
Are Democrats Going to Push Price Controls?
NIH Royalty Payments Bring Up Conflict of Interest...
The COVID Narrative Is Changing Before Our Very...
Dishonesty Is the Left’s Stock-In-Trade
FBI Whistleblowers Coming Out of the Woodwork
Are You in a Government Database? Probably So
Leftist Tolerance on Display in Wake of Roe...
Home News Anti-Regime Protests and Mike Pompeo Pressuring Iran Regime
News 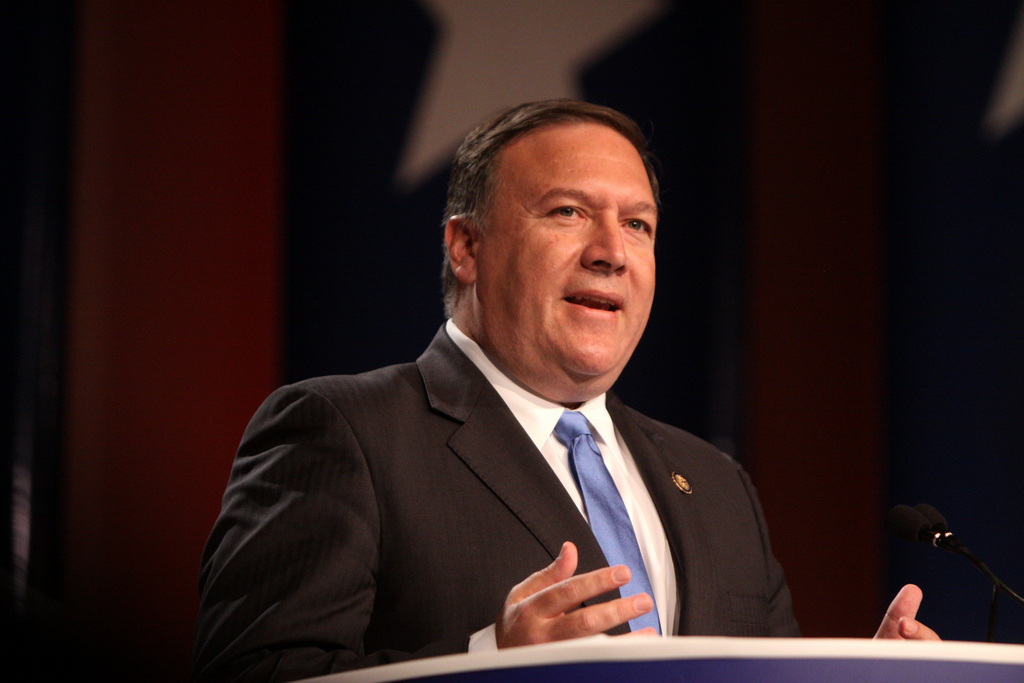 In early May, teachers, steelworkers, hospital staff, railway employees, and bus drivers went on strike across Iran. Such protests have become more common since December of last year. The nation has been experiencing rough economic conditions, while the Trump administration continues to ramp up the pressure with sanctions and by pulling out of the Obama-era deal on nuclear proliferation.

The tension appears to be coming to a head as new anti-regime protests have erupted in southern Iran, leaving many protesters dead, according to Fox News. The demonstrations were reportedly led by the National Council of Resistance of Iran in response to mass arrests and included chants of: “Beware of the day we get arms.” The NCRI claimed it was fired on with tear gas and bullets, and the clashes continued well into the early hours of the morning.

President Trump seems anxious to take advantage of the anti-regime discontent to bring a weakened Iran back to the negotiating table for a “better deal.” In his statement at the White House declaring that the US would be leaving the Obama-era deal with Iran, he made a “direct pitch” to the people of Iran, saying: “Most of Iran’s 80 million citizens have sadly never known an Iran that prospered in peace with its neighbors and commanded the admiration of the world. But the future of Iran belongs to its people.”

Fox News reports that Secretary of State Mike Pompeo has stated his support for the protesters in Iran in tweets and he delivered his first major policy speech on the US approach to the nation on Monday. He outlined a diplomatic road map and called on European countries and other allies to pressure the regime to negotiate a new deal. Senior policy adviser Brian Hook told Reuters the Trump administration will continue sanctions to bring about changed behavior that is willing to “pursue a new framework that can resolve our concerns.”