REDTEA NEWS
Will Brooklyn Anti-Lockdown Protests Catch on Nationwide?
ATF Action Telegraphs Biden’s Plans for Gun Control
Mainstream Media Burying New Coverage of Riots
Socialists Are Finally Letting the Mask Slip, and...
Biden Leads in the Polls: Can You Trust...
Cyclist Suspension for Support of President Trump Demonstrates...
The Silver Lining of President Trump’s COVID Diagnosis
As Riots Focus Voter Attention on Domestic Issues,...
What the Left Doesn’t Get About Barrett’s Supreme...
MSM Lies About President Trump Are Out of...
Home News What Conservatism Is and Isn’t: The Second Amendment
News 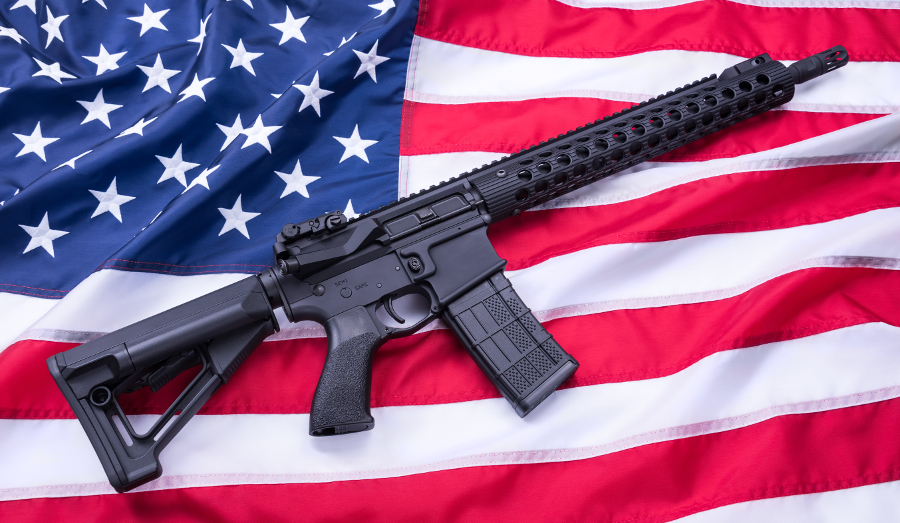 Rights Come From God, Not Government

The first thing to remember is that the Constitution doesn’t grant rights to the people, it recognizes rights that already exist. If there were no Second Amendment there still would be a right to bear arms, it just might not be recognized by the government. Rights are granted by God, or in the words of the Founding Fathers, our Creator, and are not granted by government.

You’ll often hear anti-gun activists stating that the Second Amendment couldn’t have foreseen machine guns, grenades, and other articles of war. But that’s not true. The Second Amendment was written with the specific intent that the people would arm themselves with articles of war necessary to defend themselves against not only foreign invasion but also a tyrannical government.

Intended as Bulwark Against Government

The Founders understood that all governments tended towards tyranny. Once given power they will seek to expand that power and undermine individual liberty. Towards that end the Founders wanted the people to remain armed.

The Second Amendment doesn’t protect just hunting arms or concealable self-defense firearms, it protects the right to own all the standard weaponry that you would expect to find in a militia or military unit. The idea that the people would be prohibited from owning the same weaponry used by the military or police forces would have been abhorrent to the revolutionaries who founded our country.

By restricting civilian ownership of machine guns, sound suppressors, short-barreled rifles, grenades, etc., the opponents of the Second Amendment are attempting to ensure that the populace will be outgunned by the military now and into the future. That disparity of force, as the Founders knew, tends towards tyranny. If the people cannot effectively defend themselves against the government then they are effectively disarmed.

Thankfully many of us in the United States live in free states that don’t severely restrict gun ownership. And with the rising popularity of the AR-15, the growing number of concealed carry permit-holders, and steady gun ownership rates, it will still be a while before the people are completely outgunned by the government. While that may be the goal of gun control proponents, let’s hope that day never arrives.