REDTEA NEWS
The Real Purpose of the Second Amendment
Why Gasoline Prices May Never Come Down
Are We in Civil War Already?
The Narrative Is So Transparent It’s Laughable
Another Pro-Life Pregnancy Center Firebombed
Attempt on Kavanaugh’s Life Shows the Danger the...
Inflation Causing Americans to Change Spending Habits
American Gun Owners Are the Last Line of...
Democrats Still Don’t Understand Guns or Gun Owners
Ask the Wrong Questions And You’ll Get the...
Home News What Do You Know About the Democratic Socialists of America?
News 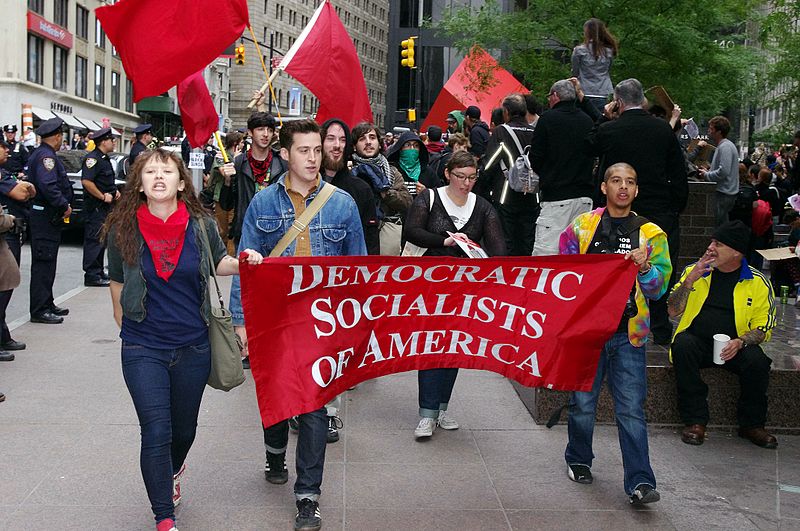 While the media continues to fixate on the duopoly of the Republicans and the Democrats, the real political movements within the United States often go overlooked. The grassroots, inner-party conversations, and political power plays that make up the true nature of politics hide behind a curtain that few venture to understand. One of the most influential political campaign operations going on in the country today isn’t one specific candidate or a specific party plot – it is the socialist takeover of the country, and it is very public, and very open.

In the mainstream media you may have heard the term “socialist” thrown around loosely at some politicians. Yet more recently, you might not have known of Congressional candidate Alexandria Ocasio-Cortez and gubernatorial candidate Cynthia Nixon. Both women, self-identified socialists, are running for public office in New York, and have begun recently to garner national attention because of their public radical turn to the fringe Left.

In 2017 alone, 15 open and proud socialists were elected to public office throughout the country, but while the letter next to their names on the ballot may have identified them as Democrats, their loyalties are to a globalist, Fabian-socialist organization called the Democratic Socialists of America (DSA).

The history of this neo-Marxist organization goes back to the anti-war and student movements of the Vietnam era, starting in 1971. With organizations such as Students for a Democratic Society going from simple protests to violent riots and eventually terrorist actions conducted by their militant wing, the Weather Underground, DSA understood that the quietest and most effective way to gain power was to infiltrate the Democratic Party and use the American political process to institute socialist policies under the guise of progressivism.

While DSA struggled for mainstream acceptance for the last forty years, the Presidential campaign of Bernie Sanders made socialism a front and center topic of discussion for many Americans, thanks to the financial support and community organizing contributed by DSA. According to DSA’s own website, “Bernie’s refusal to abandon his democratic socialist identity, and his clear position that only by building mass social movements could you change power relations, gave his campaign a clear class-struggle character.”

The DSA site continues to point out some disturbing statistics that show they might be leading in the culture war, stating “polls indicated that the majority of people under 40 had a more favorable view of socialism than of capitalism.” As shocking as that may seem, they aren’t wrong, as confirmed by the American Institute for Economic Research (AIER). According to AIER, “two recent surveys’ reporting that more than half of millennials identify as socialist should therefore ring alarm bells for people who support free markets and individual liberty.”

With this organization dragging the Democratic Party towards the road to serfdom, libertarians and conservatives must educate, engage, and organize to prevent this from going any further.

Trump Approval Up Among Hispanics As More Become Employed