REDTEA NEWS
Tank Gift to Ukraine Exposes the Sad Reality...
The Government Thinks We’re the Terrorists Now
FBI Admits It Uses CIA and NSA to...
The Medical Industry Continues to Fail Patients
Democrats Are About to Learn That Turnabout Is...
If You Like Your Gas Stove, You Can...
McCarthy’s Woes Are Payback a Long Time Coming
The Response to the Twitter Files Is Telling
Are San Francisco’s Killer Robots the Wave of...
The Genocidal Tendencies of Climate Change Crazies
Home News Will South Africa Become the Next Zimbabwe?
News 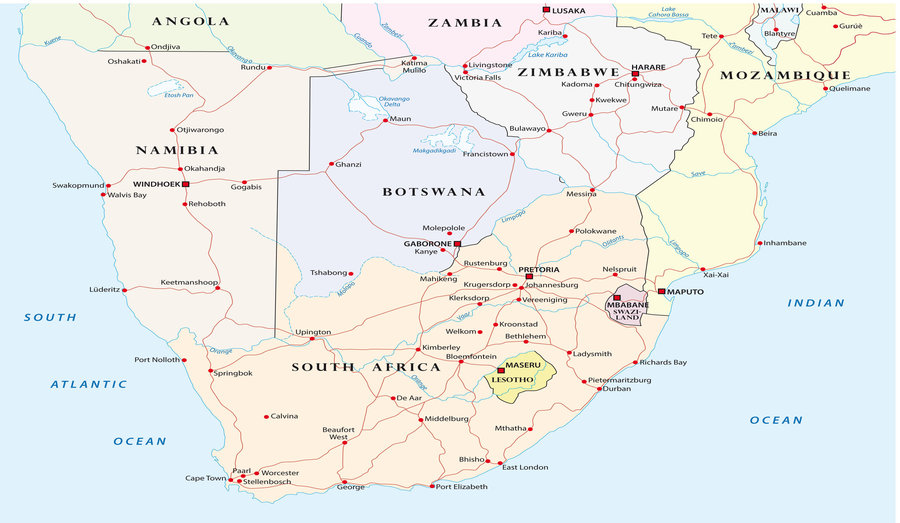 New South African President Cyril Ramaphosa has vowed to accelerate the pace of land redistribution, seizing land from white farmers and giving it to blacks. The ruling ANC party, perhaps spurred by declining support from voters, has pledged its support for taking land from white farmers without compensation. The very discussion of such seizures immediately brings to mind memories of Zimbabwe, whose seizure of white-owned farms plunged the country into famine and resulted in an economic crisis from which the country has yet to recover. Will South Africa follow that same path?

The history of modern South Africa is a long and tortured one, full of conflict and upheaval. The initial settlement of Dutch colonists in the 17th century was intended to act as a way station, providing supplies to Dutch ships passing by the Cape of Good Hope on their way to India and the Dutch East Indies. Eventually the colony expanded, as more and more farms were built to supply the ships that plied the East Indian trade routes.

The British takeover of South Africa in the aftermath of the Napoleonic Wars forced many Dutch colonists further into the interior, where they joined the Trekboers who had settled those areas in the 17th century. Expansion of the Zulu Empire under Shaka in the early 19th century displaced numerous black tribes and eventually led to conflict between whites and blacks.

Continued British expansion into Dutch-settled areas reached a head during the Boer Wars, in which Britain finally defeated and subjugated the Boers, in part by interning Boers in concentration camps, in which nearly 28,000 women and children perished. Memories of that conflict played a strong role in the views held by the Boer descendants who eventually made up the leadership of South Africa post-World War II. The policy of apartheid and the forcible removal and resettlement of black, colored, and white citizens that occurred thereunder has been at least somewhat to blame for the calls for land redistribution.

Zimbabwe’s history of land reform is a blueprint of how not to go about redistributing land. Zimbabwe gained its internationally-recognized independence after a long and violent Communist-supported guerrilla war against the Rhodesian government. Land redistribution had always been a goal of the Zimbabwean government since its formation, but things really began to pick up speed during the 1990s.

The government first purchased farms from farmers willing to sell and eventually announced that it would compel farmers to sell. Many farms were given to members of President Mugabe’s family or to powerful members of the ruling ZANU-PF party. In the early 2000s black war veterans began to form groups, going to various white-owned farms and expelling the owners. In some cases white farmers and their black workers were killed. Eventually, all the white farm owners were expelled and the millions of black workers they had hired were left unemployed.

Zimbabwe’s farm production plummeted, as the new landholders were in most cases uninterested or incapable of farming on the previous scale. Zimbabwe, formerly known as the “bread basket” of southern Africa was plunged into famine. Unemployment reached 95 percent, and the government’s response was to try to paper things over by printing money. The hyperinflation that resulted, at one point reaching an inflation rate of 231 million percent, has become infamous as an example of horrendous government policy. Zimbabwe has yet to recover from that episode, and the country’s long-term future remains in doubt. So why is South Africa set to begin walking down that path?

After the end of apartheid and the first free elections in 1994, South Africa decided not to engage in reprisals against the architects of apartheid. Instead, the country established a truth and reconciliation commission to attempt to heal the wounds of the past and move on from the apartheid era. It was assumed that once that had concluded, the country could begin to build and prosper. Under President Mandela and his successor, Thabo Mbeki, the country did in fact continue to grow. But things began to unravel under President Jacob Zuma, a former Communist Party Politburo member who resigned in February after nine years in office in which he was accused of massive corruption.

Complicating matters in South Africa is the fact that the black population is not ethnically homogeneous. Because of South Africa’s tribal and clan history, the country has 11 official languages and dozens of ethnic groups. Each of those groups has its own unique history in relation to both white settlement and to other black ethnic groups, meaning that politics can get very fragmented. Since many of those ethnic groups have a history of poverty and persecution, that makes it very likely that many will support the goal of land distribution, seeking to acquire land for their people.

The outlook for white South African farmers, therefore, looks grim. South Africa is already known for its high rate of violent crime, so it’s highly likely that any move towards land distribution will eventually devolve into violence. While the effect of land distribution won’t have the same dire effects as it did in Zimbabwe, due to South Africa’s much larger and more diversified economy, it will be just another indicator that the former largest and most vibrant economy in Africa will continue its downward slide. Unless calmer, cooler heads are able to prevail, South Africa will go the way of Argentina and Zimbabwe.

How to Read 60 Books in a Year