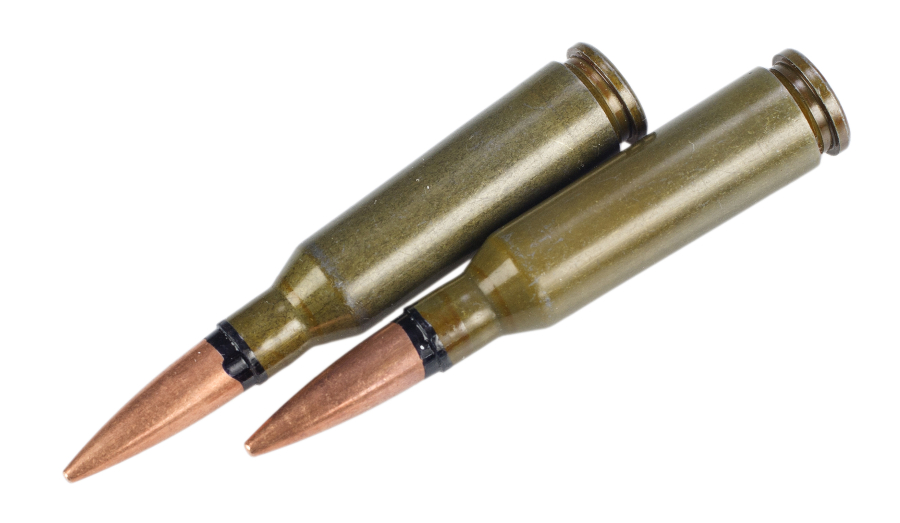 The Soviet Union did a lot of copying of other countries’ military designs over the years. Whether it was outright copies of the B-29 Superfortress (Tupolev Tu-4) and the DC-3 (Lisunov Li-2), or the striking similarity of the Soviet space shuttle to US space shuttles, the Soviets borrowed from anyone they could.

That extended to small arms, with the Kalashnikov series of rifles borrowing design elements from the M1 Garand, Remington Model 8, and other rifles. Even the 7.62x39mm cartridge drew on previous experiments the Germans had made.

Thus it shouldn’t have been any surprise that, once the United States had made the switch from 7.62x51mm to 5.56x45mm, the Soviets would come up with their own .22-caliber cartridge. The result was the 5.45x39mm Soviet cartridge, perhaps one of the most under-rated cartridges in recent memory.

Entering service along with the AK-74 rifle in 1974, it also saw adoption by militaries in Poland, Romania, Bulgaria, and East Germany. Today the cartridge remains in service with Russia and many of the former Soviet republics, as well as countries such as North Korea and Vietnam.

At one time the availability of cheap surplus ammunition from the former Soviet Union led to AR-15s being chambered in 5.45x39 too, including rifles from Smith & Wesson, and the .221 Genghis rifles from Alexander Arms. But a decision by the Obama administration in 2014 to ban the importation of the common 7N6 surplus ammunition drastically reduced the availability of that ammunition and killed the rising popularity of the 5.45x39 cartridge.

The 5.45x39 cartridge developed a reputation in Afghanistan for being a “poison bullet,” able to put fighters down with a single shot. That’s due to the construction of its bullet, which features a steel penetrator surrounded by lead and an air pocket at the tip. The bullet only weighs 53 grains, but is significantly longer due to the steel penetrator. Its length is closer to that of 75- and 80-grain .224” bullets.

Upon contacting flesh, the air pocket at the tip of the 7N6 bullet has a tendency to collapse, causing the long, unstable bullet to tumble violently. That leads to massive amounts of tissue damage, significantly more than with bullets for the 5.56x45 that rely on velocity to fragment in order to do damage. Limited testing on flesh targets (small rodents and grocery store turkeys) have confirmed the damage that can be done by the 7N6 bullet.

Commercial ammunition substitutes a standard lead core for the 7N6 bullet’s steel and lead core, resulting in a heavier bullet. Some commercial bullets have an air pocket while others don’t. Weight for commercial bullets is normally 60-70 grains. Velocity of the 7N6 bullets can reach over 3,100 feet per second from the 16” barrel of an AK-74, while velocities for the heavier commercial ammunition normally run around 2,900 feet per second. Muzzle energy of the 5.45x39 is generally less than that of 5.56x45, normally coming in at around 1,000 to 1,150 foot-pounds of energy.

In the first years after the expiration of the assault weapons ban, availability of 5.45x39mm rifles, parts kits, and magazines was high. But now that the handful of Eastern European countries that adopted 5.45x39 have gotten rid of their surplus items, the availability of rifles and parts is drying up. Domestic manufacturers such as Palmetto State Armory have stated that they intend to produce US-made 5.45x39 rifles, but it might still be a while before that occurs.

While the availability of AK-74-type rifles and parts may be more limited, ammunition is still available. Imported ammunition from Russia generally runs around 20-21 cents per round. All available commercial ammunition is steel-cased. Brass-cased ammunition can be made from other cartridges such as .222 Remington, although the cases are smaller at the head and the process isn’t ideal.

If you own a 5.45x39 rifle, be sure to stock up on ammunition for it while it’s cheap and still readily available. It may not remain that way forever, particularly if there are further sanctions placed on Russia. You also can’t guarantee that you’ll stumble across 5.45x39 ammunition post-SHTF, although it certainly will be more common than many other types of ammunition. In short, if you’re looking for a 5.45x39 rifle for a survival scenario, make sure to get your ammo situation in order because you’re going to have to rely on your own stockpiles. 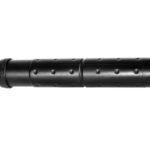 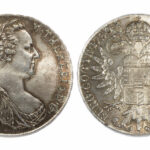 Precious Metals to Invest In: The Maria Theresa Thaler