REDTEA NEWS
New York Doesn’t Want Good Guys to Stop...
Top FBI Agent Forced Out After Allegations of...
Who Is the Real Threat to Democracy?
A Dozen Federal Agencies Behind the Online Censorship...
Government Is Behind Much of the Social Media...
Hunter Biden’s Laptop Repairman Alleges FBI Tried to...
Can You Trust the FBI Not to Steal...
Is General Milley Guilty of Insubordination?
Raid on Trump’s Home Highlights the Dangers of...
Why Is the Military Facing Recruitment Problems?
Home Survival Survival Firearms Battery: The .30-30 Deer Rifle
Survival 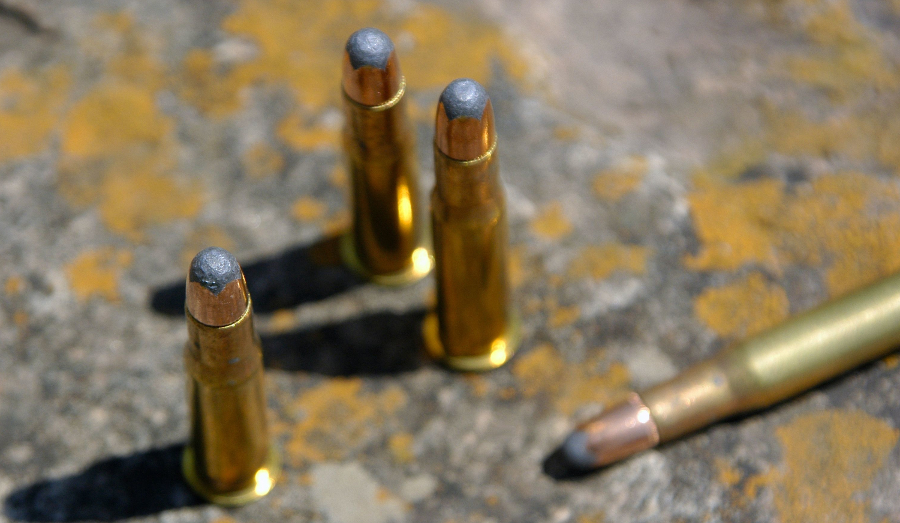 The .30-30 Winchester Center Fire cartridge was the first small-bore smokeless powder sporting cartridge available in the United States. The cartridge’s performance immediately revolutionized hunting in the United States, offering hunters a flatter-shooting cartridge with enough power to take all but the most dangerous game, and allowing for quick follow-up shots due to the new powder not creating huge balls of thick smoke. First chambered in the Winchester 1894 lever-action rifle, the combination of the .30-30 in a lever-action rifle became the classic hunting rifle on the East Coast, ideally suited to hunting in Eastern forests and hilly terrain that rarely saw shots over 200 yards.

The popularity of the .30-30 lever-action rifle has not abated, even with modern, more powerful cartridges available. The .30-30 cartridge is more than capable of taking deer, black bear, and even moose, and with modern flex-tip bullets allowing the use of pointed bullets for the first time, it can now shoot flatter and further than ever before.

In addition to the offerings from Winchester and Marlin, companies such as Savage, Mossberg, Rossi, and others have offered lever-action rifles chambered in .30-30 over the years. With over a century of service in the woods and brush of North America, the old .30-30 shows no signs of slowing down.

The .30-30 remains the fourth-most popular rifle cartridge in the United States, behind only .223 Remington, .308 Winchester, and .30-06 Springfield. You can walk into any gun shop, Walmart, or sporting goods store in the country and be able to find several boxes of .30-30 ammo.

As with the Winchester 92, .30-30 lever-action rifles don’t attract notice, at least the traditional ones don’t. Some modern manufactured rifles have been made with railed forends, collapsible buttstocks, and other “tacticool” features. They’re ugly, scary looking to hoplophobes, and not particularly practical. Stick to the traditional wood and steel lever-action rifle if you want to remain under the radar.

With so many millions of rifles having been produced over the years, parts and accessories are all over the place. And any gunsmith worth his salt should be able to make any necessary repairs to your Winchester or Marlin lever-action rifle.

Because of their magazine tube, lever-action rifles have always required flat-point or round-nose bullets to keep bullets from inadvertently detonating rounds in front of them in the magazine. That limits bullet selection in the .30-30, which has traditionally meant that you have a choice of 150-grain or 170-grain round-nosed or flat-nosed bullets, regardless of the manufacturer. Even with the pointed flex-tip bullets developed by Hornady, you’re still limited to a 160-grain jacketed bullet or a 140-grain solid copper bullet. While you probably don’t need a huge range of bullet weights for the .30-30, some hunters wouldn’t mind having some extra options.

While newer .30-30 rifles feature side ejection or angled ejection, many of the earlier .30-30 lever-action rifles, particularly those from Winchester, eject their cases out the top. While that doesn’t matter for those using iron sights, it makes it impossible to mount a scope or other optic on the receiver. For older shooters or those with weak vision who need to use magnified optics, that can be a problem.