REDTEA NEWS
Democrats Don’t Care How Much You Suffer
The Real Purpose of the Second Amendment
Why Gasoline Prices May Never Come Down
Are We in Civil War Already?
The Narrative Is So Transparent It’s Laughable
Another Pro-Life Pregnancy Center Firebombed
Attempt on Kavanaugh’s Life Shows the Danger the...
Inflation Causing Americans to Change Spending Habits
American Gun Owners Are the Last Line of...
Democrats Still Don’t Understand Guns or Gun Owners
Home Survival Survival Firearms Battery: The Mosin-Nagant Rifle
Survival 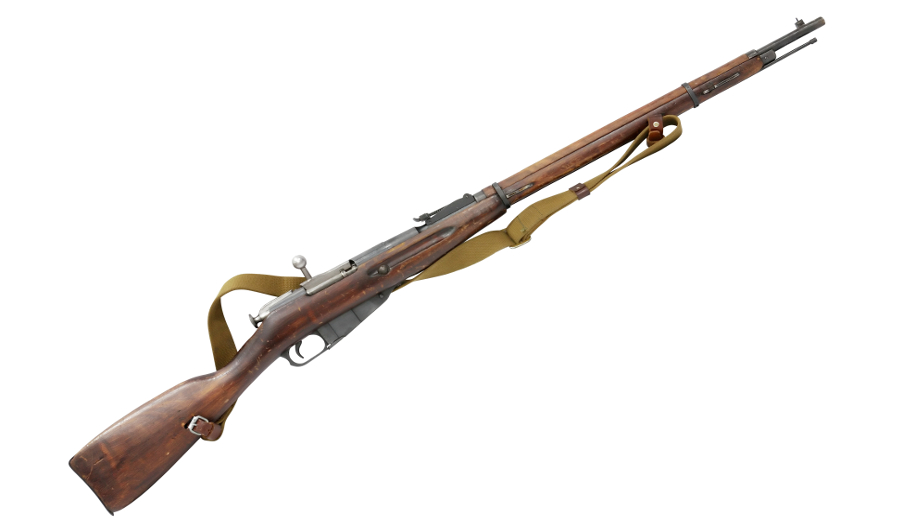 One of the most popular military surplus rifles of the past decade is also one of the oldest. The Russian Mosin-Nagant rifle was initially fielded by the Imperial Russian Army in 1891. Production of its variants didn’t conclude until the 1950s. It is estimated that over 60 million Mosin-Nagant rifles were produced during the rifle’s lifetime.

While significant amounts of production occurred at the Russian arsenals at Tula and Izhevsk, numerous other manufacturers produced Mosin-Nagants for Russia, including Remington and New England Westinghouse in the United States, and Chatellerault in France. After Finland gained its independence from Russia in 1917, the country refurbished and rearsenaled hundreds of thousands of Mosin-Nagant rifles too.

Since the end of the Cold War millions of Mosin-Nagant rifles made their way to the United States. A decade ago you could pick one up for as little as $59, and even up until a few years ago they were selling for less than $100. But because of the multitude of variations, collector interest in Mosin-Nagants has skyrocketed.

By some accounts there are over 300 variations of the Mosin-Nagant, making a full collection a difficult achievement. But with seven main models in Russian and Soviet service, eight from Finland, and numerous others from Eastern Europe and China, a representative sample of the rifle variations is much easier to achieve.

Working in the Mosin-Nagant’s favor is its reputation for toughness and reliability. Despite featuring a rimmed cartridge and thus the possibility of rim lock, the Mosin-Nagant features an interrupter that is supposed to prevent rim lock. Be aware that due to the fact that many Mosin-Nagant rifles have been repaired and rearsenaled at numerous points over their lifetimes, the interrupters may not always work properly on many Mosin-Nagants in this country.

Working against the Mosin-Nagant is the fact that it is just plain ugly. In fact, it may very well be the ugliest service rifle ever to have been fielded in the 20th century. Aftermarket stocks are available that are much more attractive, and some sporterized Mosin-Nagants actually look quite nice, although it takes significant amounts of time and money to do that.

The Mosin-Nagant’s action also isn’t the smoothest. Since the Soviets were more concerned with producing large numbers of rifles rather than finishing them nicely, the bolts are much rougher to operate than rifles from other countries such as Mausers and Mannlichers.

Advantages of the Mosin-Nagant Rifle

With tens of millions of rifles having been produced and millions already in the US, Mosin-Nagants are all over the place. They’ve become one of the most popular military surplus rifles in this country thanks to their initial cheap cost and the availability of their ammunition. Spare parts, accessories, and upgrades for the Mosin-Nagant abound.

The 7.62x54R is capable of taking just about any game in North America. Handloading is necessary to get the most out of the cartridge, which can be difficult given the fact that individual rifles may need bullets in the .310”-314” range to get the best accuracy. But if you can find a bullet with the right construction and a rifle that shoots well, deer, elk, and black bear shouldn’t be any problem.

Any Mosin-Nagants produced prior to January 1, 1899 are considered antiques, and thus are not subject to background checks when purchased, unlike post-1898 rifles. While most pre-1899 rifles in original condition are largely in collections right now, there are still many Finnish-refurbished rifles that were built on pre-1899 receivers, making those rifles antiques.

Disadvantages of the Mosin-Nagant Rifle

The days of cheap Mosin-Nagants are behind us, due both to Russian sanctions and rising collector interest in the existing rifles in this country. Even garden variety Soviet M91/30s are currently selling for around $300. At those prices you can pick up a decent sporterized Mauser that will be easier to operate, feeds better, and will probably even be more accurate.

While Mausers sometimes are criticized for the excessive slop in operating their bolts, they are as smooth as glass in comparison to the Mosin-Nagant. The Mosin-Nagant bolt is rough and clunky to operate, and the safety is not easy to engage. That makes it less than ideal for a hunting rifle.

One of the reasons the Mosin-Nagant became so popular was that surplus ammunition was readily available for insanely cheap prices, 7-8 cents per round. Nowadays the surplus ammo has all dried up and the cheapest commercial ammo costs about 40 cents per round. Even that isn’t guaranteed to stick around for long, as more sanctions against Russia could keep that cheap ammo out of the country. If that happens then brass-cased ammo at 60 cents per round or more will be your only choice, making it a lot more expensive to shoot your Mosin-Nagant rifles.

First entering production in 1891, the Mosin-Nagant entered service before the advances in gas handling that were developed by Mauser in the mid- to late-1890s. Despite other countries modifying their older Mauser rifles to improve their ability to cope with pierced primers and ruptured cartridges, the Mosin-Nagant never saw these same types of changes made to them. Because of the Mosin-Nagant bolt’s removable head, excessive firing pin protrusion is a real possibility, which could lead to pierced primers and gas coming back towards the shooter’s face. Thus you need to always be careful when firing a Mosin-Nagant and make sure to wear eye protection.