REDTEA NEWS
Don’t Interrupt Your Enemy When He’s Making a...
Democrats Don’t Care How Much You Suffer
The Real Purpose of the Second Amendment
Why Gasoline Prices May Never Come Down
Are We in Civil War Already?
The Narrative Is So Transparent It’s Laughable
Another Pro-Life Pregnancy Center Firebombed
Attempt on Kavanaugh’s Life Shows the Danger the...
Inflation Causing Americans to Change Spending Habits
American Gun Owners Are the Last Line of...
Home Survival Survival Firearms Battery: The Mauser 98 Rifle
Survival 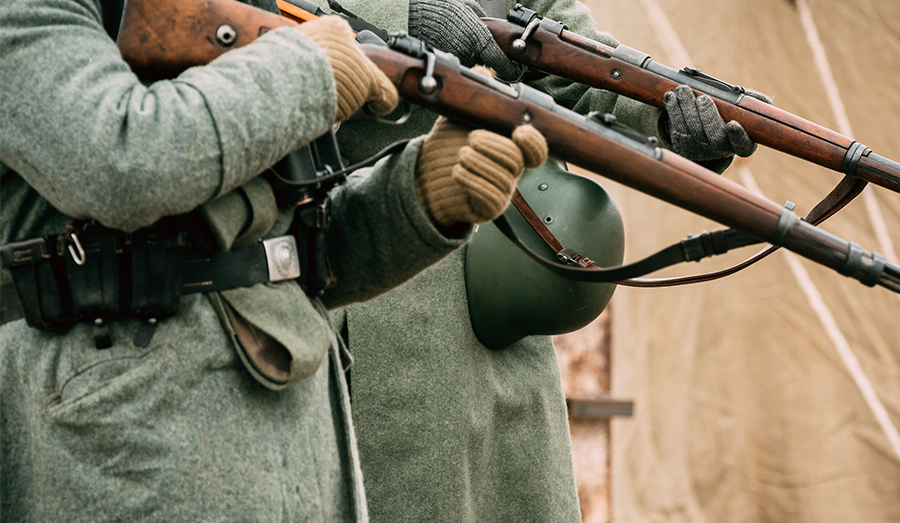 High capacity semiautomatic rifles have their place, but there are times when you need more power, more range, and more potential for accuracy than what a semiautomatic rifle can offer. That’s why bolt action rifles remain the most popular choices for hunting rifles and long-range shooting. And there’s no rifle that epitomizes the best that bolt action rifles have to offer more than the Mauser 98 and its derivatives.

Building on the success of Mauser’s earlier military rifles, the Mauser 98 has four advantages that put it head and shoulders above other rifles of its day. First was its controlled round feed, first seen on the Mauser 93. Cartridges fed from the magazine have their rim slip underneath the extractor, allowing the round to be controlled on its journey into the chamber and eliminating the chance of double feeding or the round jamming on its way into the chamber.

The Mauser 98 also cocked on opening the bolt, rather than the earlier Mauser rifles which cocked on closing. This made it much easier for the shooter to close the bolt and cock the rifle. The Mauser 98 also features a third “safety” lug that keeps the bolt from flying back into the shooter’s face in the event that the two primary bolt lugs both fail. That shouldn’t ever happen, but in the event that it does, the shooter is protected.

Finally, the Mauser 98’s gas handling remains probably the best example of gas handling of any rifle that has ever been built. In the event of a pierced primer or a case rupture, powder gases can be vented through the bolt, down into the magazine, down the receiver raceways, or deflected by the gas flange on the bolt shroud. With multiple methods of diverting gas, the possibility of the barrel or receiver ring rupturing or the shooter receiving injuries to the eyes or hands are almost completely eliminated.

Mauser rifles continue to have a solid reputation among sport shooters and hunting guides. When it comes to hunting big game, the controlled round feed is seen as a major advantage over the push feed systems of most modern rifles, eliminating the possibility of jamming which could prove fatal when you face a charge from a bear, lion, or Cape buffalo.

The Mauser 98’s reputation for operation under extreme weather conditions, from rain to mud to freezing cold, derives from its ability to continue to work under conditions that will jam most other rifles. If you have to choose one bolt action rifle that will fire every time you pull the trigger with no exceptions, the Mauser 98 is your rifle.

While original condition military Mauser rifles continue to rise in price, Mauser 98-style rifles are still widely available for relatively low prices. With possibly over 100 million having been produced for military use, and many more produced by civilian manufacturers, you can find a Mauser 98 in all sorts of calibers and configurations.

The Mauser 98 is most famous as the standard German service rifle of World War I and World War II, in which it was chambered in 8mm Mauser (8x57JS or IS). The 8mm Mauser cartridge is about as powerful as the US .30-06 cartridge, and in a large ring Mauser in good condition can be expected to push a 200-grain bullet to 2600 fps.

Civilian-produced Mauser 98s were produced by companies such as Fabrique Nationale and Husqvarna, being sold under brand names such as FN, Husqvarna, JC Higgins, Sears, and Golden State Arms. They are often available in calibers such as .30-06, .270 Winchester, .243 Winchester, 9.3x62, 7x64 Brenneke, and .308 Winchester.

Advantages of the Mauser 98

There are few rifles around that can match the Mauser 98 for availability of aftermarket parts and accessories. From barrels to stocks to sighting systems, parts for the Mauser 98 abound. The Mauser 98 is also one of the first rifles that most gunsmiths cut their teeth on, so if your gunsmith doesn’t know how to work on a Mauser you might want to find another gunsmith.

Even if you’re only able to find a Mauser 98 receiver, you can still find all the parts you need to turn it into a fully functional rifle. And with barrels available in dozens of different calibers, you can chamber a Mauser 98 for just about any cartridge you can think of, allowing you to customize your rifle just the way you want it.

While push feed rifles have become much more reliable in recent years, they still won’t ever be as reliable as controlled round feed. The Mauser 98 remains one of the most reliable bolt action rifles ever produced, and numerous testimonies of those who have used them in adverse conditions demonstrate that the Mauser 98 keeps working when other rifles will jam, freeze, or break.

The Mauser 98 actions are one of the strongest actions produced. They are more than capable of digesting modern full power rifle ammunition. Some who purchase Mauser 98 actions have them re-heat treated just to make sure that the actions will continue to contain pressures well into the future. But assuming a properly heat treated receiver that isn’t heavily pitted, the Mauser 98 can take a beating and keep on working for decades more.

Disadvantages of the Mauser 98

The train of cheap Mauser rifles ended about a decade ago, when the Soviet-captured K98 rifles could still be found for under $150. While rumor has it that Russia is still sitting on a pile of millions of Mauser 98 rifles captured from the Germans in World War II, sanctions against Russia means that those rifles won’t be hitting our shores anytime soon, if ever.

The collector market for original condition Mauser rifles has really taken off in recent years as the stream of surplus rifles has slowed to a trickle. The high prices commanded by original rifles mean that unscrupulous sellers are looking to buy up as many rifles and parts as they can in order to produce counterfeit rifles that they can sell to unsuspecting new collectors. That’s driven prices up across the board.

While you can still get lucky and occasionally find a used Mauser for under $200, it’s becoming much more difficult. Expect to pay $300-400 or more even for a sporterized Mauser in good condition. At those prices you’re starting to get into territory where brand new modern rifles such as the Savage 11, Winchester XPR, and Ruger 77 begin to compete.

2. Unknown Provenance Means You Have to Be Picky

Because the Mauser 98 requires a lot of expensive machining to produce, most production ceased by the early 1960s. If you pick up a sporterized Mauser, odds are it was produced sometime between 1915 and 1945. Since you don’t know the gun’s history, how it was stored and cleaned, how hot the ammunition shot through it was, etc., you need to be very selective in your purchases. There’s a big difference between a gun that was well-maintained for the past 80 years versus one that was neglected and left to the elements.

It’s normally best to avoid or be careful about late war rifles built in 1917-18 and 1944-45, especially those World War II rifles that were produced at factories that used slave labor, since those rifles could have been deliberately sabotaged. Any rifles that show signs of heat discoloration should also be avoided, as excessive heat used to remove barrels or sights could have materially affected the strength of the metal. Don’t risk blowing up a rifle and injuring yourself severely just to save a few bucks.