REDTEA NEWS
Tank Gift to Ukraine Exposes the Sad Reality...
The Government Thinks We’re the Terrorists Now
FBI Admits It Uses CIA and NSA to...
Democrats Are About to Learn That Turnabout Is...
If You Like Your Gas Stove, You Can...
McCarthy’s Woes Are Payback a Long Time Coming
The Response to the Twitter Files Is Telling
Are San Francisco’s Killer Robots the Wave of...
The Genocidal Tendencies of Climate Change Crazies
The Siren Song of Being “Moderate”
Home News We All Killed Toys “R” Us
News 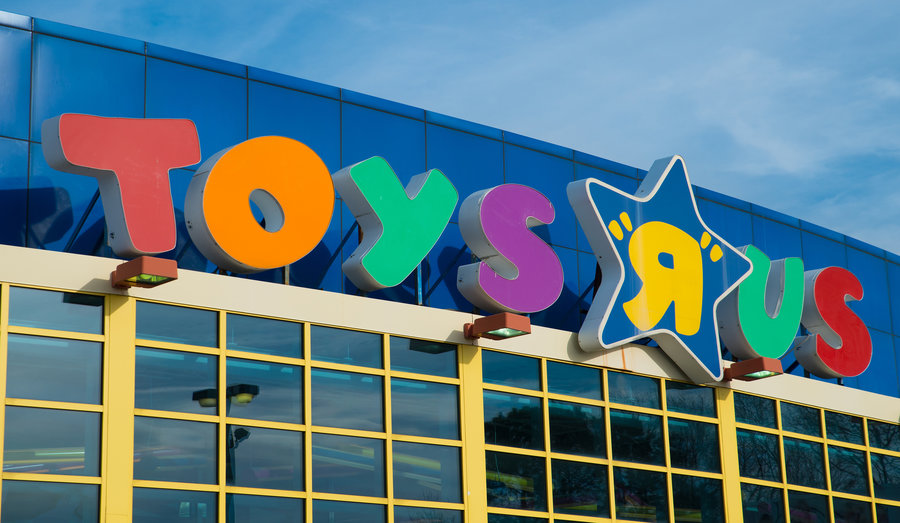 My brother and I drove immediately to Toys “R” Us when the news broke that one of our childhood institutions was terminal and would only remain in the realm of the living for a few more months. We’ve been through this before – I remember when Blockbuster died a decade and a half ago, with its less popular cousin Hollywood Video shutting its doors down permanently around 2008. It was a quiet trip, but not an unexpected one.

The store in Fairfax, Virginia was full around 8pm. As we walked through the store it seemed like a regular day. Crying children, wandering employees, but this night had an influx of adults searching for figures and collectible items in hopes of a price slash. This brought back memories of KB Toys, which was usually found at malls across the country. KB wasn’t as popular, though, so when it shut down its franchises no one batted an eye. Toys “R” Us was different, however, and eavesdropping on the conversations of other customers it almost felt like they were saying goodbye to an old friend.

“Millennials are why this is happening, they killed Toys “R” Us,” one older gentleman said to his wife. No, good sir, we killed Toys “R” Us together and we all did so willingly, not in the dark, but in broad daylight over a long period of time.

Walmart over the last several decades has not only expanded its online store sales, obviously thanks to the wide and heavy power of the internet, but its in-store sales alone have increased into the billions as it has dramatically expanded its toy selections. Amazon without question has also taken away massive amounts of sales from Toys “R” Us. The simple convenience of not having to hunt down your child’s desired Christmas toy and instead have it brought immediately to your doorstep is simply too seductive for the fast-paced world of today, where the idea of going to a store and finding what you need in the aisle is considered too much of a hassle for your regular nine-to-five worker.

We all could shed a tear, but no one wants to. We liked Blockbuster, but our dollars went to Netflix and Hulu. We love the movie theaters, but our couches are far more comfortable. We liked Toys “R” Us, but we all knew this relationship wasn’t going to last forever. Millennials are the easy target of blame, but let’s not forget those who taught them the power of instant gratification and convenience.