#BRINGBACKWHOSEGIRLS? — Africa’s largest economy, the oil-rich Nigeria, this week appealed to the world community for help in finding the girls abducted by Boko Haram (not to be confused with Procol Harum, as some online folks have done). The Islamist organization allegedly holds over 200 schoolgirls, and has threatened to sell them into slavery. But troubling accounts emerged that the Nigerian government actually knew in advance that armed men were headed toward the village where the abductees were held, yet did nothing. This week, the US sent advisers to help corrupt Nigerian president Goodluck Jonathan. They might start with a general audit, followed by some social media lessons he can use to rally his own moribund people.

SHELLY GAME — Shelly Sterling, who owns the 50% of the LA Clippers that estranged husband and worldwide pariah Donald Sterling does not, this week lobbied to retain control of the team. She said the NBA and the Clippers should work together to find a new CEO. She was ignored, a condition she’s apparently used to; and the league tapped Dick Parsons as the team’s interim CEO. Parsons, the overseer of AOL-Time Warner’s decline following its disastrous merger, has two qualifications for the job: he played basketball in college, and he’s black.

REPUBLICANS OUT FRONT — A USA Today/Pew Research Center poll finds that Republicans are leading a generic Congressional ballot by 47% to 43%. A similar poll in 2010, when Republicans picked up 63 Congressional seats, saw the straw ballot tied, which seems to indicate that there’s a lot of discontent out there that could result in a new tilt come Fall. Three states held primary elections last week as the drums for the mid-year elections have started. Which is good news for TV stations and other outlets that see a windfall of advertising from candidates.

I SAY A LITTLE PRAYER FOR YOU — The Supreme Court ruled last week that legislative bodies can begin their meetings with prayer, even if it favors a specific religion. The good news: atheists, Satanists, Scientologists, and other non-mainstream religions are coming together to oppose the ruling. Who says prayer can’t unite?

HOUSING NOT A YOUNG PRIORITY — National home ownership is at its lowest level since 1995 (not counting the hedge fund manager who just set a record for single-family home prices by snatching up a Hamptons mansion for $147 million). Just 39.1 percent of Americans under age 35 owned a home in 2010, down from 43.1 percent in 2004, according to Census Bureau data. And if you’re counting on someone buying yours to finance your retirement, you might give pause and consider that a new National Endowment for Financial Education survey says Millennials, those folks ages 18 to 34, have put retirement savings ahead of home ownership on their priority list.

FLOWER POWER — A fundraising email from Rep. Dave Schweikert (R-Ariz.) proclaimed that “Politics is not for pansies!” Gay rights groups said the reference was insensitive. Schweikert sniffed that his email was an invite to a garden party and referred to the flower, not the anti-gay slur. One dreads the note he’ll send out for Martin Luther King’s holiday.

I'VE GOT A SECRET — The CIA plans to close its network of secret bases in Afghanistan, and put its personnel in Kabul this summer. CIA Director John Brennan apparently told the military of plans to shut down operations in March, made necessary by US troop withdrawals. But if the bases are secret, how do we know that they were even there in the first place? Or that they’re going away? 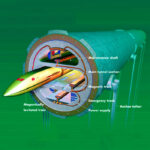 A Train from China to America? It’s Ridiculous — and It Might Happen 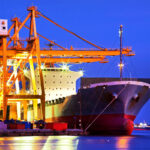